Charles Barkley Has Been to Oklahoma City Before....and Enjoyed It

Share All sharing options for: Charles Barkley Has Been to Oklahoma City Before....and Enjoyed It

Via The Lost Ogle: 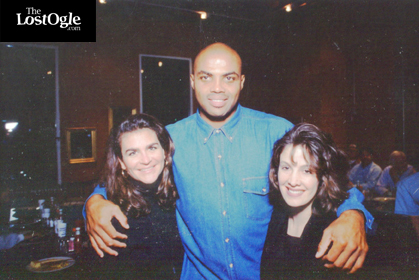 Yep. Apparently, in the mid-90's, the Suns were in Oklahoma City for a Pre-Season game and enjoyed themselves afterwards at the Bricktown Brewery. I'm not sure how anyone remembers this, but I guess back in the mid-90s, OU Football was in the crapper, so Oklahoma City sports coverage wasn't very interesting overall.

Also, I don't know how great it was to be in the Bricktown Brewery during the mid-90s. I do have some memories of the place from my early childhood, but all I remember was that they had some really strange virtual reality games where you had to go through a 3D Body and destroy germs. But my parents tell me Bricktown is nothing like it is today. Maybe it had some ultra-gritty Detroit feel, and the Suns really enjoyed it. That or, the Suns couldn't get a flight out of Will Rogers until the next day, and walked into the first pub they saw to stifle the boredom. Somehow, I think the latter possibility is much more likely.