Share All sharing options for: Memphis Grizzlies Q&A: How Did Memphis Survive? 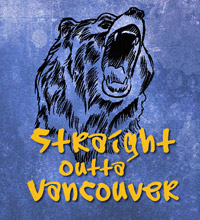 The Thunder face the Grizzlies for a fourth and final time tonight in OKC. Both teams have weathered the storm of uneven play. OKC limped through the month of March, while the Grizzlies had to figure out how to deal with the loss of Zach Randolph for an extended period. Now that both teams are at near full strength with what they hope will be their post-season line-ups, we thought it wise to check in with Straight Outta Vancouver once again. Tom Lorenzo joins us once more to fill us in on how Memphis is doing getting Z-Bo back into the groove, as well as how they're accommodating a particular mercurial but talented shooting guard.

To see Tom's questions for us and my answers on the Thunder, GO HERE.

You can find our previous exchange here.

1) When we last checked in, your primary concern for the Grizzlies was that they just be able to keep their heads above water while Zach Randolph was out with injury. How has the team managed to not only do that, but actually be within striking distance of a 3 or 4 seed?

There have been quite a few reasons, but I think it starts with the Grizzlies actually defining the team by its strengths, once Randolph went down, as opposed to playing toward what their perceived strength was, with Randolph. Basically, the team turned its focus on defense and hustle. We're the top team in the league in steals and forced turnovers, which the main bulk of the credit there goes to our guard play -- Mike Conley and Tony Allen, to be specific. We know that without Randolph we're not going to be able to get into high-scoring affairs with other teams and expect to come out on top. What this team needed to do was to play pressure defense, get out in transition and limit our outside shooting -- because, well, we're just a terrible shooting team. And we did just that. It goes back to the whole "Grit N' Grind" mantra of this team. It's rare that we win pretty games, so we grind it out, play pressure defense and play a contained offense, which usually means staying within 10 feet of the basket.

We also have to give credit to our bench players and some of the under-the-radar acquisitions we made this season. Guys like Dante Cunningham, Jeremy Pargo and, of course, Marreese Speights have done an excellent job of filling in where needed. Cunningham and Speights have combined to provide a nice defense-offense filler while Z-Bo was out. While you won't go handing out game balls to either one of those guys, as a part of the "whole" they've been huge for us. To go along with our core of Tony Allen, Mike Conley (who is having his best season as a pro), Marc Gasol (an All-Star) and Rudy Gay (who really has started to get back into his comfort zone), we've been pretty fortunate to be able to stay afloat without Randolph. And only now have we gotten an opportunity to see what we're really made of.

2) The Grizzlies recently signed Gilbert Arenas to help bolster the perimeter scoring. Are you optimistic for how this acquisition might turn out, or do you have the same concerns that were uncovered during Arenas' short stint with the Magic?

To be honest, I had no real complaints about this deal. Obviously we needed a shooter and someone who can play backup point guard, so Arenas in a sense fit the bill. I think a bit too much was made of his character and whether or not he'll be a cancer in the locker room. To be honest, this team has a strong foundation and there is little concern about any off-the-court issues. If there's one thing we can say about this team is that they are 100% behind coach Lionel Hollins, and if Arenas were to make even the slightest of peep, causing any dissension, the issue will be taken care of internally, just like it was with the Allen Iverson experiment, and he would be sent packing before he even knew that hit him. That's off-the-court.

In basketball terms, I think the only expectations we have for him is to give us 12-15 minutes of contained basketball, hit a few jumpers, give us a couple of assists, a steal, maybe, and show up on the defensive side of the ball. I think the good thing about this situation is that we have plenty of help defenders on this team, so I'm not so concerned about his lost step and getting beat on defense. The risk here seems pretty low, mainly because we can go on with or without him -- and he's only signed through the year. He's not necessity, he's more of a luxury.

3) You guys would never think of letting up this season for the chance to take on the Thunder in the 1st round and vie for back-to-back 8th seed upsets (let alone a chance at revenge from last year's playoffs), right?

No, never. Last season we looked at the Spurs as a gift. Of any team in the playoffs, we felt that we matched up best against them, so to slip to the 8th seed and get the Spurs in the first round was great for us. As for you guys, we don't want to see you until the WCF, if at all. I just don't think we match up well against you guys. If we have to play you in the WCF, so be it. But before that, I don't want any part of the Thunder. Again, we just don't have the fire power to run with you guys, which is something we witnessed during last year's playoffs when we were just far too gassed offensively to knock you guys out. Sure, it helps having Rudy Gay back, but our identity is still in Grit 'N Grind, and that hasn't changed even as we've finally become a complete team. So, no, we don't want to play you guys in the first round! (Or at all!)

Thanks again to Tom for joining us, and be sure to check out his Grizzlies site Straight Outta Vancouver when you have a moment.