Epic Hair: Rating the Top Thunder Styles of All Time

Share All sharing options for: Epic Hair: Rating the Top Thunder Styles of All Time

The Thunder are known as a clean-cut, disciplined, hard-working organization. From GM Sam Presti and coach Scott Brooks on down, they work hard to represent well both their franchise as well as the OKC community. Of course, that doesn't mean that some Thunder players, past and present, haven't had some fun with their appearance. We take a look at the five most memorable Thunder grooming practitioners of all time and rate each one.

After the jump, find our respective favorite 'looks' of all time. 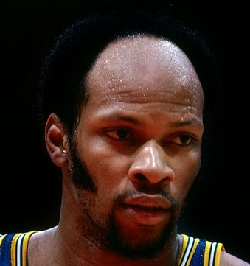 The best hair and beard combo of all time has to go to my man, World B. Free. He balded at an early age, but he didn't care. He continued to rock the fro, growing a halo of hair around his shiny bald head. He also went with some epic '70s sideburns that grew wider and ended abruptly. Completing the look was a understated goatee that didn't overwhelm anything else he had going for him. For World B. Free's courage in the face of baldness, sideburn/beard combination, overall original look, creative change of name that actually complemented his real name of Lloyd Bernard Free, and excellent play on the court, he earns my vote for the greatest NBA hair of all time.

World B. Free Photo by: Scott Cunningham/NBAE via Getty Images 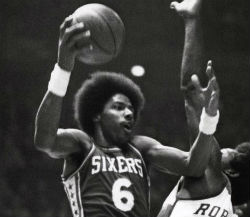 With apologies to such hairstyle luminaries as Jack Sikma, Dennis Rodman, and Kenny "Sky" Walker, I'm going to have to go with the Doctor. Julius Erving, a star worthy of two professional basketball leagues, pulled off the best mega 'fro of all time. In an era where style was just weird, Dr. J had the wherewithal to embrace his giant afro, couple it with a mighty goatee, and become one of the most dominant players the game has ever known.

Unlike some other goofy 'fro's, Dr. J's look actually enhanced his overall power game. His aerial assault, coupled with his penchant for prowling the paint for rebounds, was made all the more cool looking by his massive hair rocketing up above the mere mortals to control the game.