The Thunder are in Utah tonight to visit the Jazz once more. The Thunder played the Jazz back in February twice on successive nights, with both outcomes ending in similar fashion. Since then, the Jazz have hovered around .500, competing for a low playoff seed. They will be looking to climb the seeding ladder, so OKC must be prepared to replicate their previous efforts.

OKC Has Major Problems With the Spurs | Sports Illustrated

This article by Lowe is probably the most important OKC-related thing you will read today (certainly more important than Derek Fisher rumors). Over the past few seasons the Spurs have torn up the Thunder on a regular basis. A big reason why is that their guards are so good at spacing the floor to give Tony Parker lanes in which to drive and dish to his spot-up 3-point shooters. OKC's biggest playoff weakness is their perimeter defense, and San Antonio knows how to exploit it.

The Thunder often bounce back well from bad games. The question though is, why do they keep needing to do that?

Mahoney writes how Kevin Durant and Russell Westbrook are at opposite ends of the spectrum of basketball style, so it makes it all the more amazing how they can interchange each others' roles so well.

Grant Hill is so old that Shane Battier still aspires to be like him when he grows up.

Should Teams Sign Obama Instead of Derek Fisher? | Wages of Wins

Here is another look at exactly what Derek Fisher can offer to a team now.

The Many Evils of Mike D'Antoni | The Classical

Mike D'Antoni, erstwhile coach of the NY Knicks, joined and then left a team that was completely outside of his personal paradigm. Whose fault was that?

Levy repeats his blind voting test to see how this season's rookies, their names removed, really stack up. Who would you vote for if you did not know which one was Kyrie Irving or Ricky Rubio?

Suns Heal their Players by Freezing Them | Ball Don't Lie

The Suns have long been on the cutting edge of player rehabilitation, which is why guys like Grant Hill and Steve Nash show no signs of slowing down. My guess is that their next revolutionary healing technique will involve being dipped in vats of raw honey and then left to sizzle on a gigantic hot plate.

The NCAA tournament moves to the round of 16 this week, and Blott takes a look at which players are making their mark for their future draftability.

In the latest edition of "Is Kobe clutch?" melodrama, HP digs in to see if Kobe's shot creation ability makes up for the fact that he often misses his shots when it matters most.

I may need to refer to Bill Simmons' rule about how a team can only handle one headcase at a time. Gilbert and Z-Bo? Really? 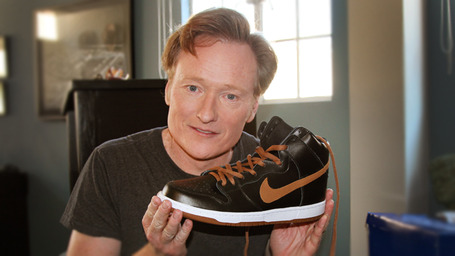