Portland Trail Blazers Q&A: A Visit With Our Division Rivals

Share All sharing options for: Portland Trail Blazers Q&A: A Visit With Our Division Rivals 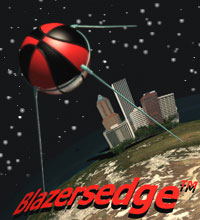 The Thunder travel to Portland tonight, so it seemed only natural that we would check in with the great SB Nation site Blazers Edge to get some questions answered about the Trail Blazers team. Dave, one of their lead editors, was kind enough to respond to my trio of questions. Dave responded promptly with some well thought-out responses, so give them a read to have a better understanding about where he thinks their team is heading.

Dave also posed a few questions to me and you can find my responses here.

1. In the first game against the Thunder in OKC, the Blazers looked very good, with balance, defensive intensity, and clutch scoring. However, since then it seems like the team has struggled to secure wins, especially away from home. What was present in that early game but has escaped the Blazers since then?

The Blazers are capable of great games when everything goes well. They have talent at every position, a couple of nice players off the bench, and LaMarcus Aldridge is proving his worth to everyone this season. You like this team in most situations. But the team has basic flaws. Nobody can get to the rim off the dribble and finish. Almost every player in the rotation is most comfortable working for the same kind of shot: the mid-range jumper. That's the least efficient shot in basketball. The only true low post player they have is Craig Smith. (Who?!? That's the point.) Their three-point shooting is streaky. Aldridge and Nicolas Batum have stepped up on defense but they still rely heavily on Marcus Camby to watch the interior and rebound. He's good for 25 minutes per night when healthy. If you play him more his legs are shot the next game. Their second best player, Gerald Wallace, has trouble performing on either end on the road and is playing below the rim in almost every situation. If you know Gerald Wallace at all then "below the rim" is going to make you shake your head. It's like watching Britney Spears try to do opera. Not your style, honey. The guard defense is spotty and the Blazers have zero reliable point guard options outside of Raymond Felton (who is doubtful for this game and will not start, by the way).

Therefore what you're seeing is simply the law of averages catching up with the Blazers. They looked brilliant in their first game in Oklahoma City. That's not an aberration. They're really that team. But they're also really the team that lost to Phoenix, Detroit, and Sacramento. If you play the Blazers right life gets hard. They aren't able to compensate when things go bad. Sadly, being able to do so is one of the prerequisites for greatness in the NBA. Elite teams aren't judged by their blowouts, rather the games they might have lost but found a way to win.

Also remember that while the Blazers are talented 1-8, they're not deep in terms of numbers. You're seeing fatigue creep in to many games with the compressed schedule. The Blazers will start out strong and then fade in the second half. At home the crowd emotion and lack of travel provide enough lift to overcome. On the road the Blazers just flop like a fish on the carpet while the opposing team reverses the game and takes it.

Continue reading our Q&A with Dave after the jump

2. Portland has a way of forcing Kevin Durant into some of his worst shooting nights over the past two years. How would you describe the team's defense against one of the best pure scorers in the game?

Simple. They stuck Greg Oden's knee cartilage on a pole outside the Thunder locker room to remind them what this team does to pretty-boy high draft picks. After that he was too scared to go anywhere near them.

Gerald Wallace always seems to rise to the occasion with Durant. Nate McMillan and staff are exceptional at taking away the other team's best scorer too. Not too many superstars not named "LeBron" have an easy night against Portland. The issue remains to be recovery against the opposition's secondary players. Thus when things go wrong you will see Durant struggle while Westbrook posts career nights against the Blazers. This year's Blazers are tall and athletic...not really speedy but rangy. They aren't intimidated by Durant's height or leaping ability. They're capable of keeping a hand in his face and getting to him when he gets inside. The Blazers have also played Durant physically. They bop him in the nose and instead of biting them he retreats to the perimeter, apparently thinking that any shot is an easy shot for him. That may be true, but those long shots are still lower percentage.

In the first game between the two this season I remember thinking he was making the stupidest decisions I'd seen in a long time, just firing the threes and long jumpers like it was still summer and he was on the playground. He seemed determined to make those shots go in. They didn't. This is not the first time we've seen it either. Durant is fantastic but if he wants to shoot his team out of a game the Blazers are more than capable of taking advantage.

3. One of the big differences for Portland this season in my observation has been that the team seems to be playing at a faster pace than in past years. What role has Ray Felton played in this more up-tempo style, and is it sustainable?

He's been aggressive pushing tempo and aggressive going to the rim, one of the few dribblers who has found even modest success scoring at the cup. That sets the tone for the team. And not only is the style sustainable, it's mandatory. Felton's lack of an outside shot alone (20% on threes for the season) is enough to doom the Blazers if they slow down into the halfcourt, providing the other team doubles Aldridge. We'll see if the Blazers can keep running without turning over the ball rampantly with Felton out. It's been a love-hate relationship with Raymond for Blazer fans this year. I don't think many consider him the long-term solution at point guard for this team. But we may get a hard dose of reality, how tough life is without him or any true point guard at all.

Many thanks to Dave at Blazers Edge for providing some prompt and thorough responses to better help us gauge on what we will be seeing from Portland, both tonight and for the rest of the season.