Kevin Durant vs Dwight Howard: Who is the Sharp Dressed Man?

Share All sharing options for: Kevin Durant vs Dwight Howard: Who is the Sharp Dressed Man?

Tonight, the All-Star weekend kicked off with the Celebrity Basketball Game, which we highlighted a few weeks ago. Kevin Durant was the head coach for the West while Dwight Howard was coaching the East. It is probably completely incidental to the rest of the weekend that the East defeated the West 86-54, and for some reason Common looks strangely like Drew Gooden.

As you can probably expect, the game itself was a bit of a mess, and there were guys out there on the court whom I grew up watching and it's a bit painful to see them huffing and puffing now. Let's keep that analysis to a minimum. All I know is that less than a week ago, Durant almost scored more points in a game by himself than his entire West squad posted tonight. As a result, Durant looked a bit nauseated on the sideline (kind of like how his coach Scott Brooks looks on most nights).

Anyway, en lieu of all that, who do you think was best dressed tonight - Durant or Howard? 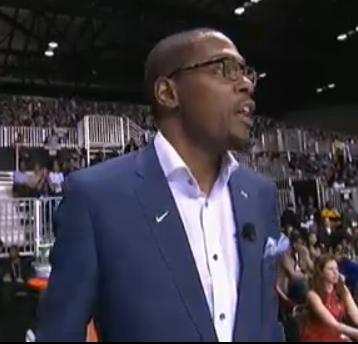 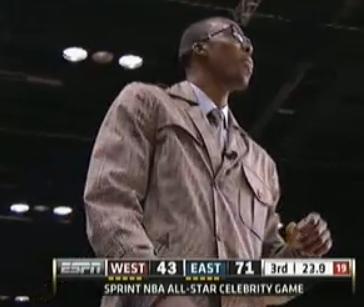