A Cornucopia of Zeitgeist: Bill Champion's Top 5 Moments of 2012

A look at some of the bigger Thunder related moments from 2012.

Share All sharing options for: A Cornucopia of Zeitgeist: Bill Champion's Top 5 Moments of 2012

2012 was a thoroughly entertaining affair for the Oklahoma City Thunder. There were elbows, contract dramas, ridiculous clothing decisions, and epic playoff runs and equally epic playoff comebacks. Ranking things towards the end of the year is something not unlike a law of physics, and I have a healthy respect for the law. That being said, here's my top five moments from 2012. 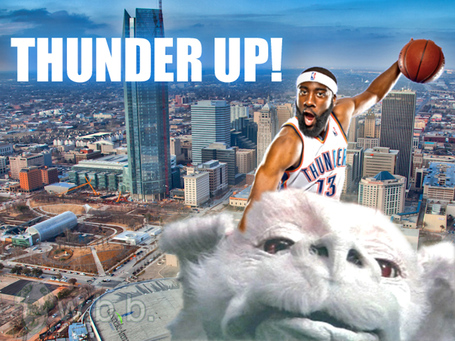 2012 was, without question, the year of the beard. There's a binder full of moments that I could choose from, but the phenomenon of the cult hero in its entirety was the one thing I'll remember this past year for. There was the weird fascination the fan base had with his facial hair. His year on the court, despite a sub par performance in the playoffs, was spectacular complete with winning the NBA's 6th Man of the Year award. Then there was Meta World Peace's vicious elbow to Harden's head. Not long after that there was the drama with Lil Wayne, Wayne's whining about not getting free court side seats, and some girl that both Harden and Wayne had something to do with. Following the season it was Olympic gold medals, a white party on a yacht, and a will he/won't he contract drama worthy of Dawson's Creek. 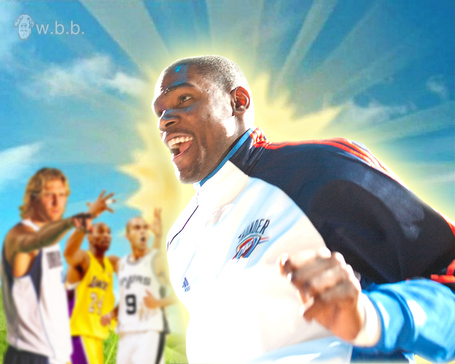 Aside from the NBA Finals, you couldn't have drawn up a more enjoyable march through the playoffs. Sweeping the defending NBA champion Mavericks, going through the Lakers almost as easily, and then came the Spurs. Like a 1980's WWF match with Hulk Hogan going up against some guy you really didn't like, it looked bleak after the first two games. Then the Thunder, like Hogan, did that thing where you look the other guy in the eye, act like you were never hurt in the first place while motioning to the crowd, and proceed to dominate them. The run would ultimately end in disappointment agains the Heat in the NBA Finals, but it was a great run.

Pop Culture Equivalent: Season 5 of Mad Men. It was spectacular despite the downer of a season finale. 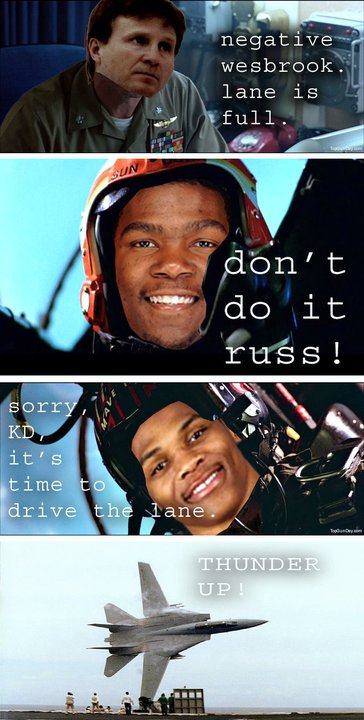 If you spent any time listening to Oklahoma City sports radio over 2012, you probably heard both callers and radio personalities going off on Westbrook for not being a "true point guard" and for taking too many shots. Reasonable arguments could be made for both points, but more often than not it was more in the tone of "Shampoo is better. I go on first and clean the hair. Conditioner is better. I leave the hair silky and smooth. Oh, really, fool? Really? …STOP LOOKING AT ME SWAN!". National sports media even got into the fray with an equal does of absurdity coupled with delusions of high school grandeur to try and give their perspective some sort of validity. In the end Westbrook had an NBA All Star year, a gold medal, and a pair of red glasses to go along with a closet full of unique shirts. Advantage: Westbrook.

Pop Culture Equivalent: The iPhone 5. It received a fair share of scrutiny, but it's still pretty awesome.

Rapper Lil Wayne tweeted before the game that he planned to attend but "was denied by the team to be in their arena." Thunder spokesman Dan Mahoney said the rapper's representatives demanded front-row seats but none were available. To sum up my thoughts on the matter, I'll borrow a post from last summer I put up on my Facebook: Somewhere in South Beach, Lil Wayne sits alone outside a Hotdog On A Stick. He couldn't find the Shoney's just as he couldn't find the inner peace to look himself in the mirror. He wants so badly to be liked. Just as he did years ago when denied of a cool name like his father's. But he sits as the impaled fried meat does. Solitary and with some mustard on his shirt. He glares at the sweaty meat and goes to his phone. He texts LeBron, "That hotdog is racist. I'm so alone.".

Pop Culture Equivalent: Scrappy-Doo. You remember Scrappy-Doo, right? He was Scooby-Doo's nephew and he ruined everything. I hate that guy. 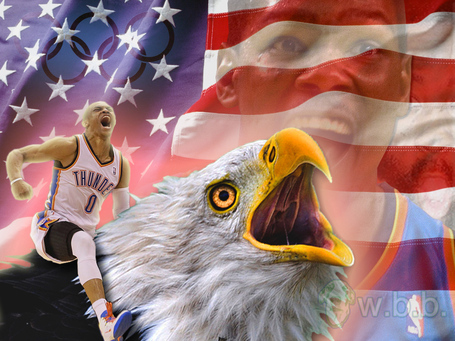 It can't be left off of the list, but this is kind of like the day after Christmas. You knew they were going to win, just like you knew you were going to get free stuff wrapped in festive paper. Westbrook, Durant, and Harden won the gold just like we knew they would. Was it awesome? Yes, but the shadow of the 1992 Dream Team will always be there.

Pop Culture Equivalent: The Ben Folds Five reunion. It was cool, and is cool, but not the mind blowing kind of cool you want it to be. 2012's gold medal team will never match the feeling of the 1992 Dream Team just as Ben Folds Five will never match what they did with "Whatever and Ever Amen" and "The Unauthorized Biography of Reinhold Messner".