On this Christmas Eve, WTLC gives you the "Twelve Photoshops of Christmas" in the theme of Clement Clarke Moore's "'Twas the Night Before Christmas". Happy holidays and Thunder Up!

Share All sharing options for: 'Twas a Loud City Christmas

Twas the night before Christmas, and all through the house there was nary a creature stirring. The children were nestled all snug in their beds. A game against the Heat, children are dreaming of Santa Claus, candy canes, and Russell Westbrook danced in their heads.

As the deep slumber sets in, the sleeping children smile as they dream the dreams of true champions. That dream? Sharks and basketball as such did appear. 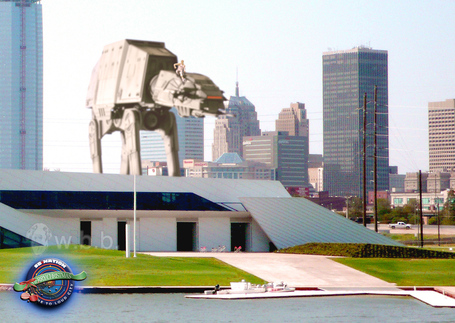 With mother in her handkerchief and I in my Thunder ball cap, we had just settled in for a long winter's nap. Out on the lawn there arose such a clatter, I sprang from the bed to see what was the matter. Rubbing the sleep from my eyes, I could nary believe what was before me. It was an AT-AT with Westbrook, and oh what such glory. 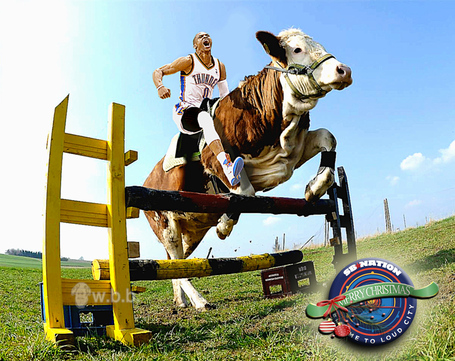 Away to the window I flew like a flash, tore open the shutters and threw up the sash. Another sight soon befell me. It was an athletic cow, with Westbrook no less. That cow jumped with a thundering aplomb. An electric awesome fluttered over me, like flakes of snow falling gracefully from the heavens. 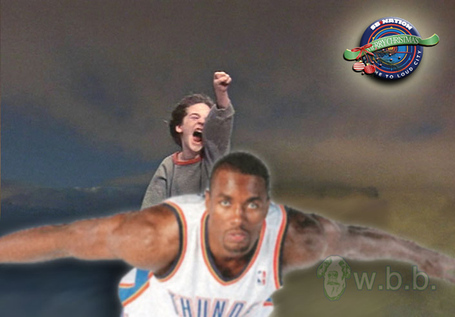 The moon on the breast of a new fallen snow gave the luster of mid-day object below. When what to my wondering eyes should appear? It was Atreyu's friend Bastian, but where was Falcor? Falcor was elsewhere, as we'll soon see, in his place was Air Congo with holiday glee. 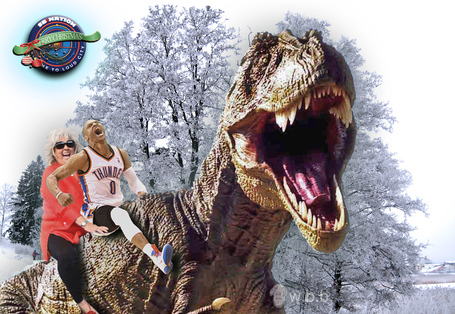 With a little old co-pilot, deceptively lively and quick, I knew in a moment it must be Paula Deen. And Russell Westbrook. On a dinosaur. In a winter wonderland. So I've got that going for me, which is nice. 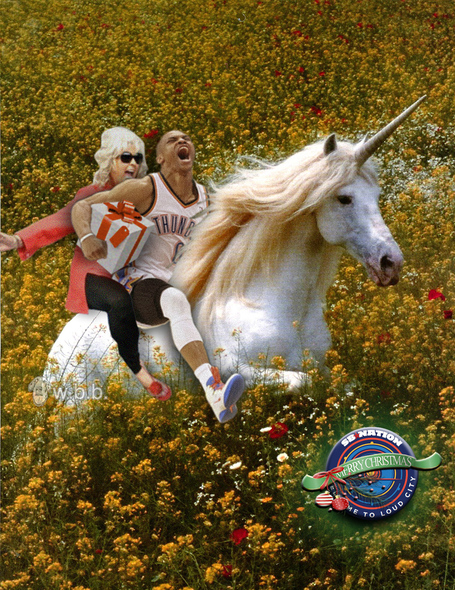 More rapid than eagles, his coursers they came. Westbrook whistled and shouted and called them by name. Now unicorn! Now Paula Deen! Let's do this! 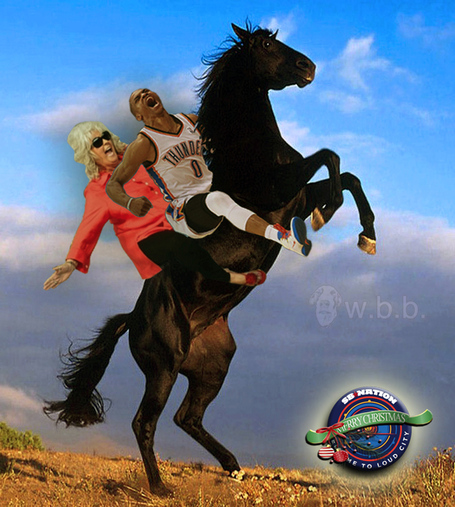 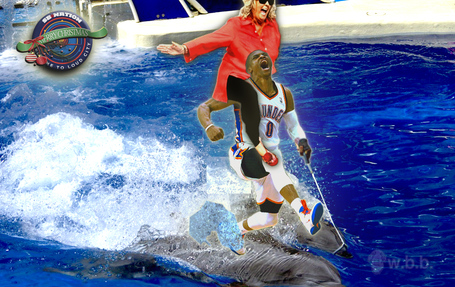 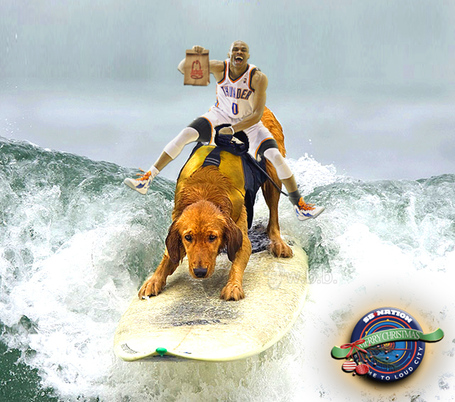 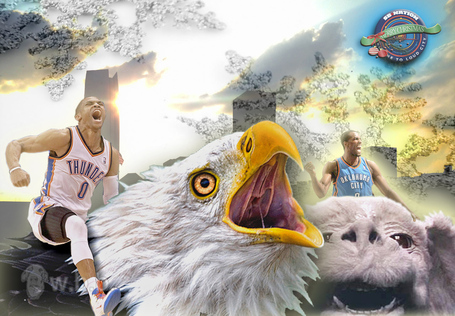 On Falcor! On Serge Ibaka! Now let's dash away all! As dry leaves before the wild hurricane fly, when they meet with an obstacle, mount to the sky. Oklahoma City weatherman Gary England had told them a blizzard was coming and to vacate the frozen. The Thunder did fly, on Falcors of glory. En route to Miami, to battle South Beach. 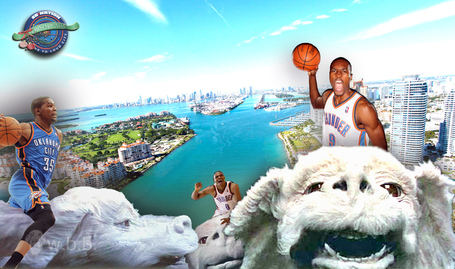 With a sleigh full of offense, and KD too, they landed in South Beach with a wonderful view. Palm trees and egos that over inflate. It was the Miami Heat, all full of Cleveland's hate. Then once again, what to my wandering eyes should appear… 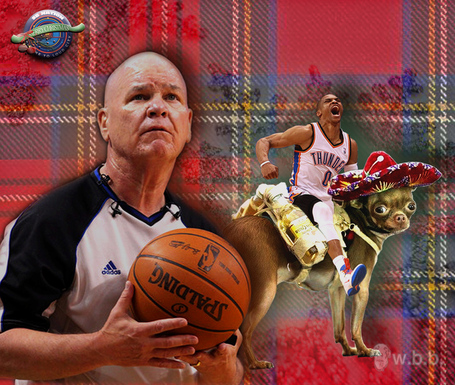 He had a broad face and a round belly that shook when he laughed, like a bowl full of jelly. He was bald and temperamental, a right jolly old elf and I laughed when I saw him in spite of myself. A wink of his eye and a twist of his head soon gave me to know I had technicals to dread. He spoke not a word, but went straight to his whistle and filled all the stat sheets with questionable work. Perkins was T'd up, but sorrow won't last. For Westbrook rides a chihuahua while the children all gasp. The doggy was good, and Westbrook was better. The Thunder beat the Heat, and Christmas was made better. Happy Christmas to all, and to all a good night from SB Nation and your friends at Welcome to Loud City. Thunder Up!