The NBA All-Star ballot for the 2013 game has been released, and the Thunder have 5 nominees. 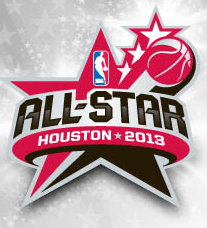 The 2013 NBA All-Star game is an affair that has grown accustomed to seeing Thunder representatives as part of the procession, and this year looks to be no different. The NBA has released its voting ballot for this year's game, to be held in Houston on February 17th. Present on the ballot are no fewer than 5 current Thunder players:

Both Durant and Westbrook were named to last year's team, and Durant took home the All-Star MVP honors.
Interestingly, this year's game is going to be held in Houston, and as we all are painfully aware, Houston traded for James Harden a week before the season started. Is it possible that Harden may finally get the All-Star nod, but in a Rockets jersey?
The NBA announced via press release that there are a few new changes that enable more people than ever before to vote on a daily basis: