We have finally arrived at the end. OKC artist W. Bennett Berry worked on an insane schedule in order to complete his portrait of Kevin Durant, and according to his reports, he delivered it on time.

It would be great if the painting was viewable to the public, but I'm not sure if it will be in the general sense. The event is open to the public, but within the context that anyone can buy a ticket for $200. The painting is set to be auctioned off (I'm fairly certain it's a live auction) with the proceeds going towards Oklahoma City Allied Arts. There isn't a ton of information available via their website, but it gives the basics. It is one of two pieces I have at charity auctions this fall, the other being the Children's Medical Research Starlight Ball.

Here it is. Behold. 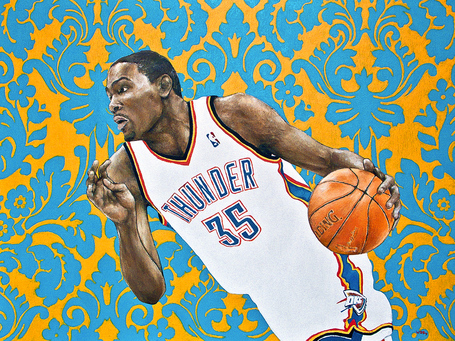 I am including an image of a previous painting I had been commissioned to do for CMRI: 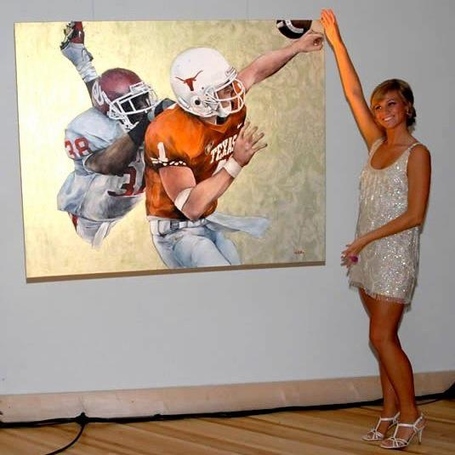 (So if you become an artist you get your very own spokesmodel? Where did I leave my Cray-Pas?)

And one I had done a couple of years ago w/ Clay Bennett for the Arts Council of Oklahoma City. 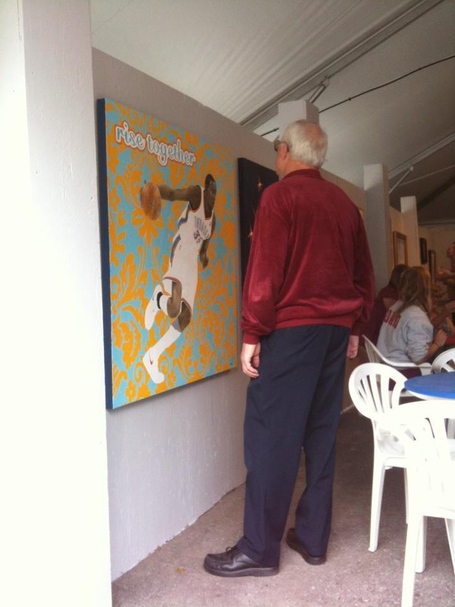 For parting words, I really appreciate having the process documented via WTLC. With the frantic schedule of trying to get the piece done in time for Allied Arts, and feeling some level of slothyness for not being able to contribute to WTLC w/ the painting schedule, it was a great way to have my cake and eat it too. I'm definitely looking forward to more Thunder photoshop machinations for the coming season, and on that note I'll also attach a Thunder-Nuggets photoshop I did last year (or the year before, not certain): 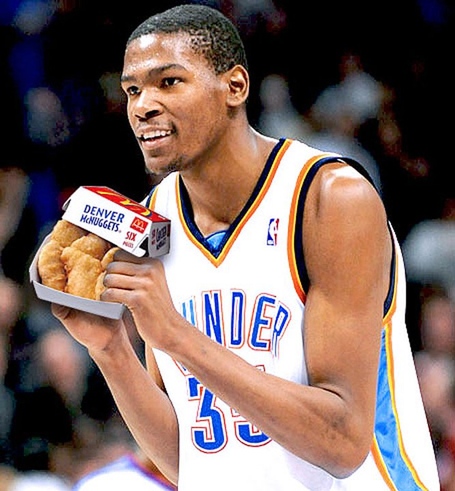 And lastly, one w/ Harden finding his way into the studio in a frightening manner. 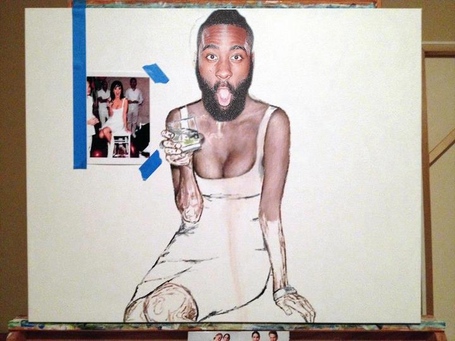 (This is clearly one of his All-White Party outtakes)

As for Bennett's immediate future, he's already tinkering with another Thunder iconic player... 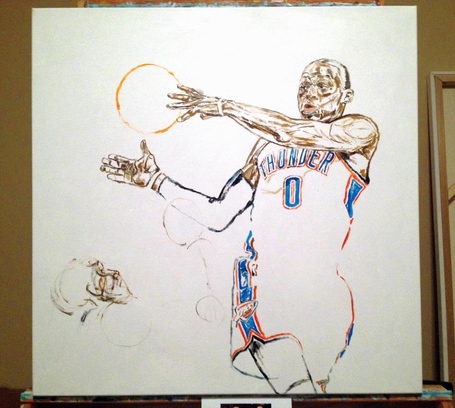