Nike and Kevin Durant have unveiled their new sneaker, the Nike Zoom KD V. See the details here, along with Durant's commercial to promote it.

Kevin Durant and Nike have unveiled the latest iteration of the Nike Zoom line of sneakers, the KD V. Durant's line has gone through a number of changes over the years, but I believe this shoe really captures Durant's origins with its design and color scheme.

The shoe drops on December 8, and will be available both in Maryland and OKC colors. The cost of the shoe will be $115, which is the first time the shoe has broken the $100 barrier. However, it still falls well short of the new LeBron James shoe, which is flirting with the $300 barrier. 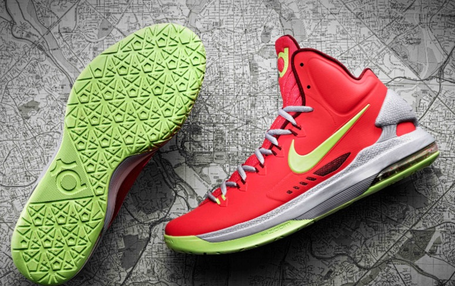 "The shoe’s hidden story comes from five players united on the court, five sides of a pentagon – a Washington D.C. landmark, five corners of a star, and Durant’s fifth Nike signature shoe. This tribute to five is brought to life on the shoe’s outsole pattern, midsole texture, tongue quilting with V’s, and heel counter details." 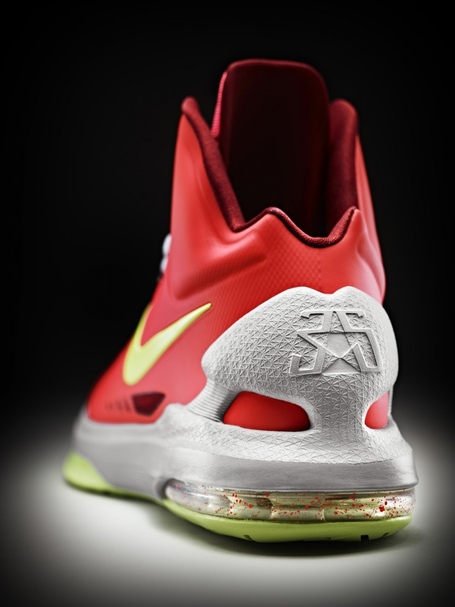 You can see the pentagon symbol both on the sole as well as on the heel. 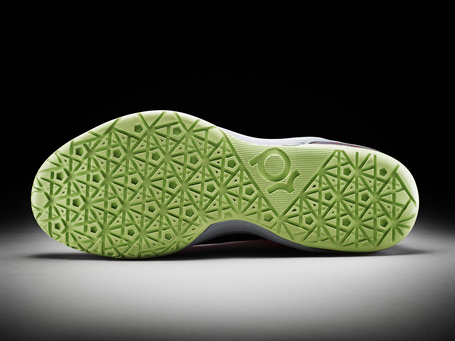 The Maryland state flag inspires the color combination on the shoe’s Bright Crimson colorway – with the flag’s red, yellow and black remixed in bright and light tones – a fitting tribute to Durant’s home state. 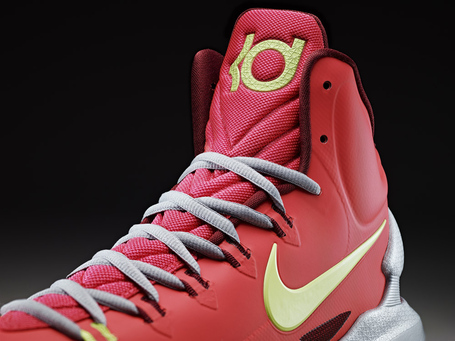