OKC artist W. Bennett Berry is nearing completion of his Kevin Durant project. Today we get into some serious details.

Share All sharing options for: How to paint Kevin Durant: Day 6, new tones

OKC artist W. Bennett Berry is almost done with his grand Kevin Durant project. Today we dig deeper into the details of his painting, including his tools of the trade, his use of colors to create skin tone, and his amazing hot dogs cup.

The first picture is a shot of my palette for the skin tones. Without giving away too much in relation to how I mix paints for different skin tones, I like to use a lot of metallic paints (silver, gold, copper). Gold goes green if you aren't careful and copper goes very, very purple. Silver is more neutral, but will turn anything remotely yellow a green hue. If done correctly, it gives a great sheen to the skin that's very subtle but makes a huge difference. 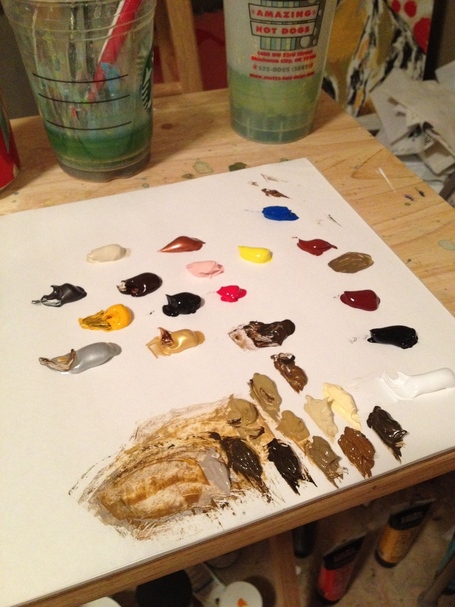 The second pic is a shot of the brush I use next to a penny to give you an idea of just how small it is. It takes considerably more time, but you can't get the texture I'm going for with a larger brush. 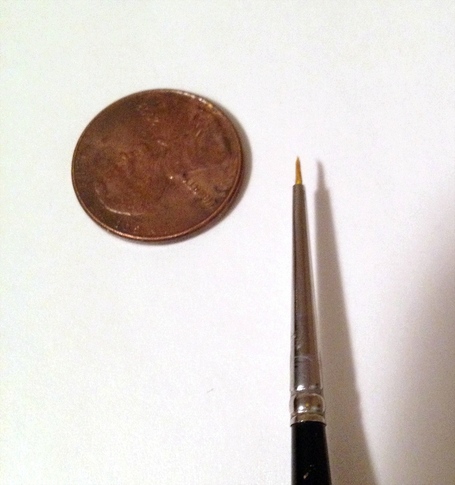 The third pic is one of with a largely finished figure with the white background. The two books in the photo are for color reference. One is a color theory book, or more appropriately "the" color theory book, by Josef Albers and the other is a van Gogh book. 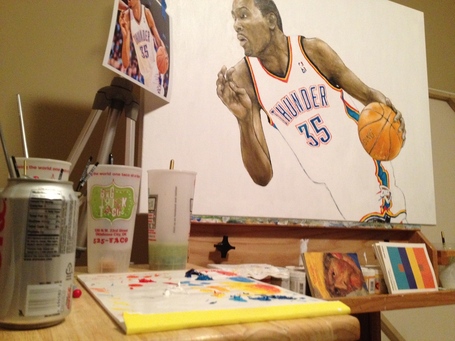 The next pic is the initial shade of blue I put down but ultimately decided that it wasn't the right hue nor was it bright enough. 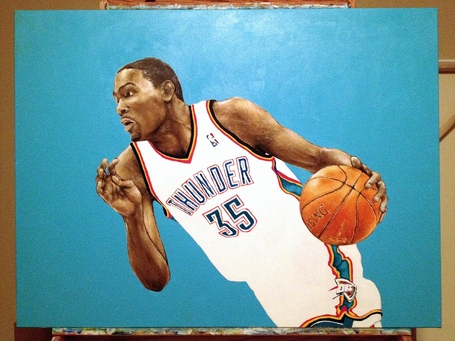 After that is a pic of the mixed blue I had been going with up against my laptop screen to contrast it with the blue I was shooting for on a previous painting I did of Desmond Mason. 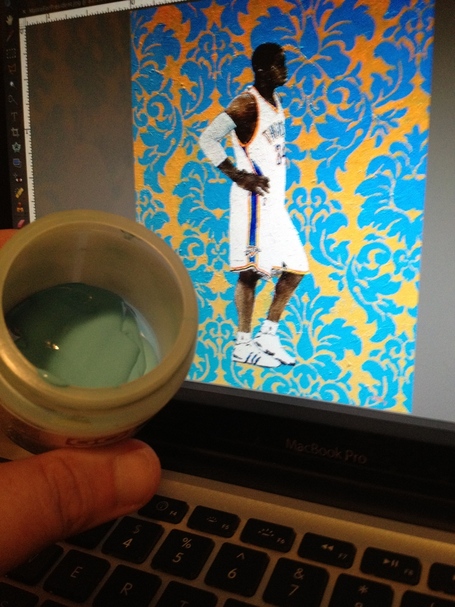 The next pic, though the photo is slightly off in color (thanks, iPhone), is the initial layer of yellow for the damask. Rather than paint going the intuitive route, I painted the damask by placing the yellow in the negative space. As opposed to painting in the shapes I painted around the shapes. 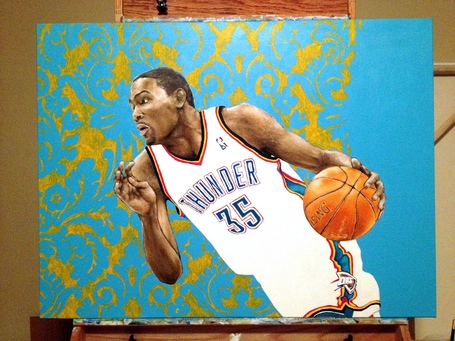 The final pic is one of the tiny brush working the negative space with the yellow. 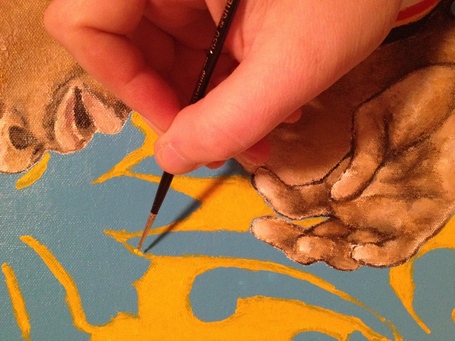 And, because why not, a bonus pic of Barry Switzer with a Seattle city scape I did a few years ago because it's homecoming, I've seen Switzer at Thunder games, and Boomer Sooner. 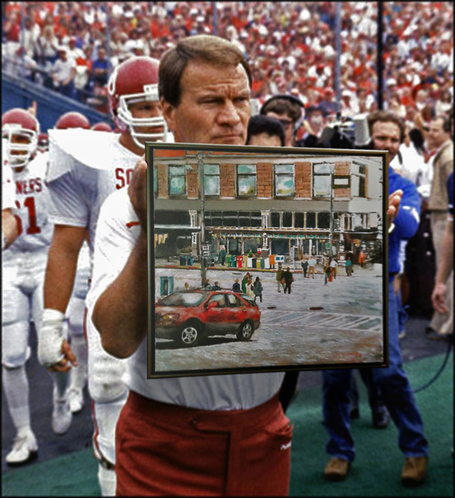