Westbrook to Get Jordan Brand Glasses

Share All sharing options for: Westbrook to Get Jordan Brand Glasses

Via The Hoop Doctors:

As we all know, last season was a breakout season for Russell Westbrook in terms of fashion. He went from being un-notable to being the Sultan of Style. We all remember him for his crazy fishing lure shirts and his oddly colored pants, but perhaps the most lasting image of his style was the bright red glasses he often wore, evoking images of the great Steve Urkel.

Well, that excellent taste in glasses isn't going to stop, as part of Westbrook's deal with Jordan Brand, he will be getting a whole array of customized specs to wear. Jordan Brand teamed up with 9FIVE to make the glasses, but whether we'll be able to purchase these glasses in the future is anyone's guess.

One thing's for sure; these glasses will go for a pretty penny on eBay in 20 years.

Check out some images of Russell Westbrook's new glasses below. As you can see, he's going for a look that's less outrageous and more classy. But they've still got just enough flair to make you stop and stare. 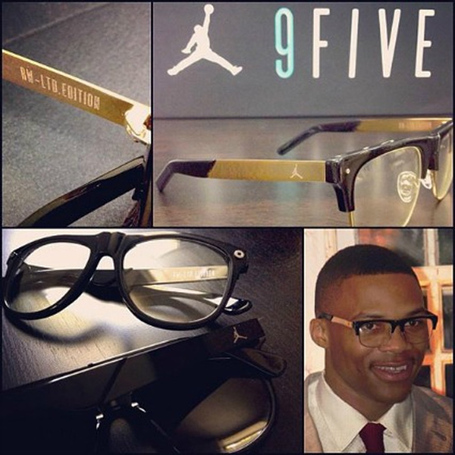 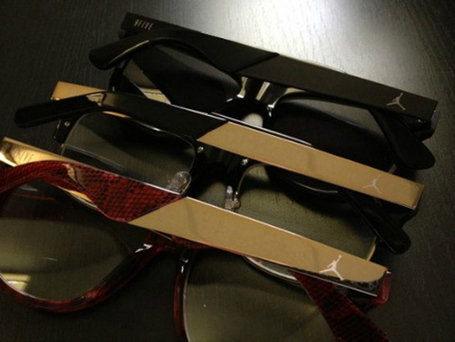