Nate Robinson in Indonesia: On the Court and In the Studio

Share All sharing options for: Nate Robinson in Indonesia: On the Court and In the Studio

Nate Robinson has spent the past week in Indonesia to help promote the Indonesian Development Basketball League (DBL) and National Basketball League (NBL).  When we last checked in with Nate, he was participating in some exhibition games and visiting a local orphanage. You can see the account of those adventures here:

DBL and NBL commissioner Azrul Ananda helped us out with both the pictures and commentary, and today he has some more to share with us.

In the latter part of the week, Robinson traveled to Jakarta to join the national teams. He practiced and had photos taken with both the Men's and Women's National Team of Indonesia. 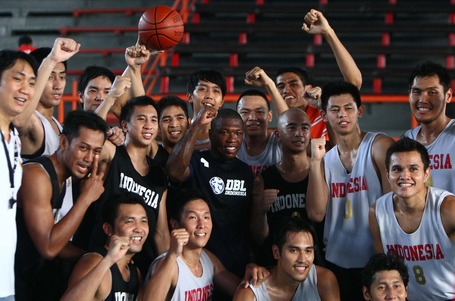 More exclusive photos and commentary after the jump.

While visiting with the Men's National Team, Nate had the opportunity to be interviewed by "Apa Kabar Pagi Indonesia" on TV ONE, which is the Good Morning Indonesia show (like The Today Show in the USA). He did a couple of dunks there too that wowed the viewers. 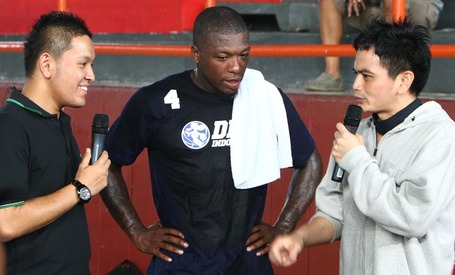 Nate then attended a basketball clinic with the Women's National Team at SMA 70 Jakarta, a public high school. 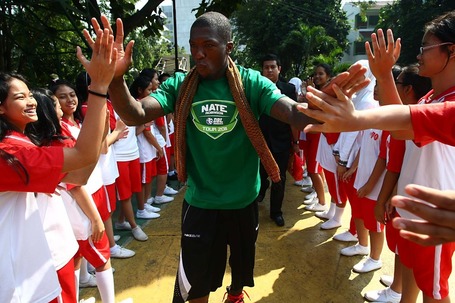 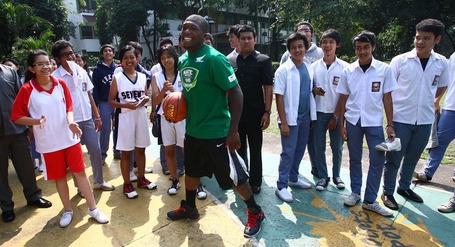 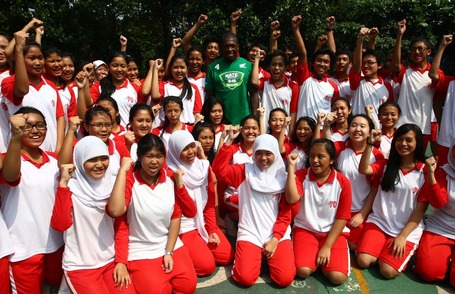 After a Press Conference, Nate and I exchanged basketball shoes. We have tradition here in DBL Indonesia, that every basketball star must leave their shoes behind to be put in our museum/hall of fame. So Nate signed and gave me his Nike shoes that he wore in Indonesia. In exchange, I gave him my signature shoes (yes I have one here in Indonesia) the LEAGUE brand Azrul Ananda Edition 2011. 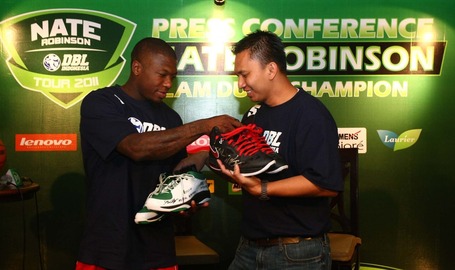 (I wonder what David Stern's signature hightops look like)

During a press conference, a journalist asked Nate if he is willing to play in Europe in case lockout continues. He said something like this: "I love to play basketball, I love to travel the world. So yes, if there is an opportunity I will play in Europe or other countries."

Nate's last appearance was in Trans 7 TV Studio in Jakarta. He was the guest star on the "Hitam Putih" show, a Jay Leno-type talk show hosted by Deddy Corbuzier, a magician which is Indonesia's equivalent of David Copperfield. 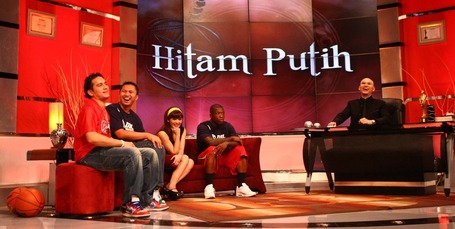 Hitam Putih, which literally means Black and White, is one of Indonesia's most popular shows, getting somewhere around 60 percent of viewership during the telecast.

Mr. Ananda concludes by saying that Nate Robinson did a fantastic job and was well received.

On a personal note, I think Nate is our most fun guest so far in Indonesia. We would love to have him back!

A tip of the cap to Nate Robinson and the people who work with him who helped make this trip to Indonesia so memorable for all those involved.