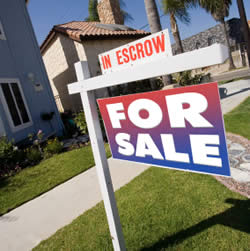 It is being reported that the escrow fund that retains a percentage of player salaries is set to be returned to them once the league's financial audits are done later this month.

$160 Million in Escrow Money to Be Returned to Players | NBA.com

As far as overall CBA negotiating goes, this story is probably not that big of a deal. It might be used for some posturing, but for the most part it offers us a nice little review for how the NBA uses an escrow account to maintain its balance between what players receive from the league as payment and what the owners keep.

Let's jump back a few weeks where, as a part of the negotiation process, the owners demanded to keep the $160 million in escrow. In other words, even though the player salaries fell so far below the 57% that they were due to receive it all back, the owners wanted to violate the CBA contract that requires them to return the money.

If I may be so bold...this was not a negotiation demand but rather an attempt at theft. According to the terms of the CBA, the money does not belong to the owners, but rather it belongs to the players. It is akin to the federal government saying, "We know you overpaid on your taxes, but we've had a rough year. We're going to keep the extra money to help out our fiscal situation." It isn't their money, so they don't have a right to it. So it was with the league.

Kurt Helin thinks that the league will try to treat this escrow release as a concession, but of course it isn't. You can't call something a concession when you're legally bound to do it. It was negotiation demand in bad faith, and hopefully the return of the players' money will further help to continue to level the bargaining playing field.