Share All sharing options for: Kevin Durant Has Tattoos....Who Knew?

Via The Hoop Doctors:

Through a Getty Images photo from Game 2, it can be seen that Kevin Durant is sporting Tattoos on his chest. Not just a small amount of tattoos, but at least 5 or 6 different designs. Close examination of the designs reveal that one of them says "Walk by Faith, Hot for Spirit", but it's hard to tell. There is a cross design on his chest as well.

He has had at least two tattoos since high school, as evidenced by this photo from grafxhq.com. Barbara and Wanda are his grandmother and mother, respectively. 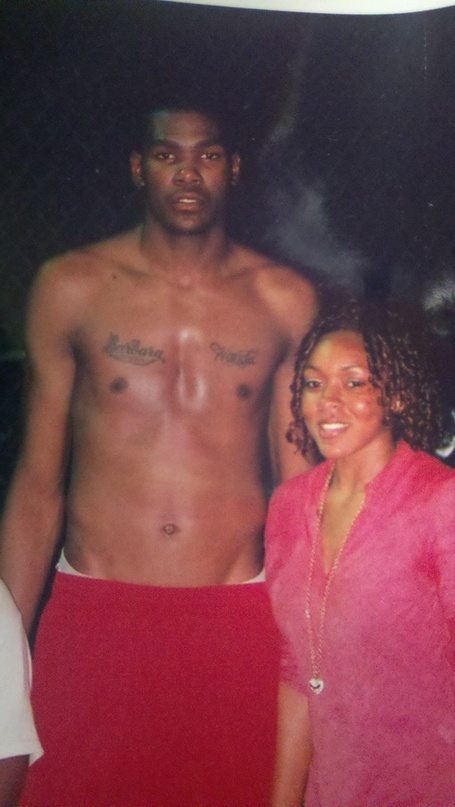 The tattoos on his chest have been obtained recently though, as shown by this photo of Durant's lower abdomen from his SuperSonics days. It also comes to us via grafxhq.com: 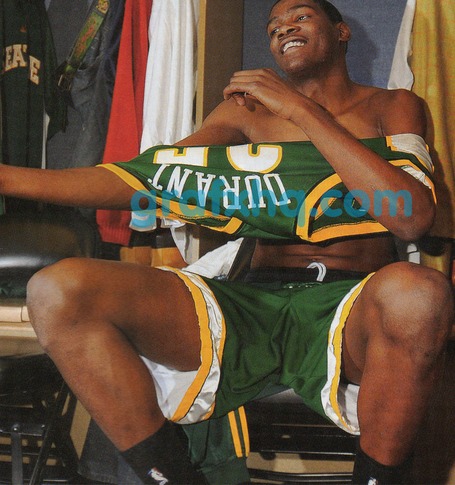 Though this is shocking in the context of Durant's squaky clean image, as somebody who grew up with Stephen Jackson's "I pray I never have to use a gun again" tattoo, I'm not that shocked by this image. The tattoos fits in line with his beliefs, and I'm not sure how receptive Oklahomans would be to a heavily tattooed player. Thus, the designs remain on his chest, where nobody can see.