After much doubt, the Memphis Grizzlies have become only the second eight seed to upset a one seed in a seven game series. They have also won the franchises' first playoff series, while simultaneously winning the franchises first playoff game. People care about basketball in Memphis for the first time, and the Grizzlies are looking strong heading into the second round.

Unfortunately, they'll be running into the Oklahoma City Thunder, who will hold home-court advantage. Here's a full series schedule via thunder.nba.com: 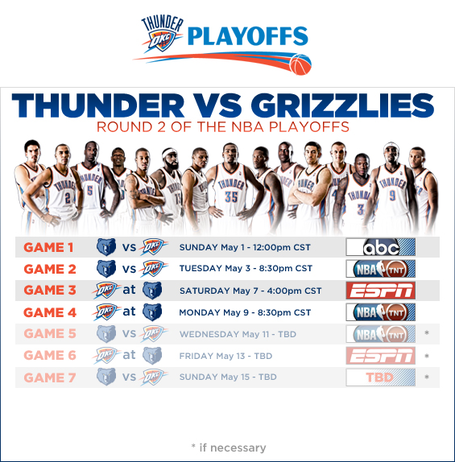 Of course, a full series preview and much more coverage is forthcoming.