OKC Thunder's Final Record: How Did We Do With Our Predictions?

Share All sharing options for: OKC Thunder's Final Record: How Did We Do With Our Predictions?

We now know that the OKC Thunder finished their regular season with a record of 55-27, good enough for the seventh best record in the entire league. Over the All-Star break, we examined the remaining 28 games on the Thunder's schedule and pontificated how things might shake out in order for them to finish with a final record commensurate with the first 2/3 of the season. You can find that original post here:

OKC Remaining Record: Where Will They Finish?

Here is how our predictions bore themselves out: 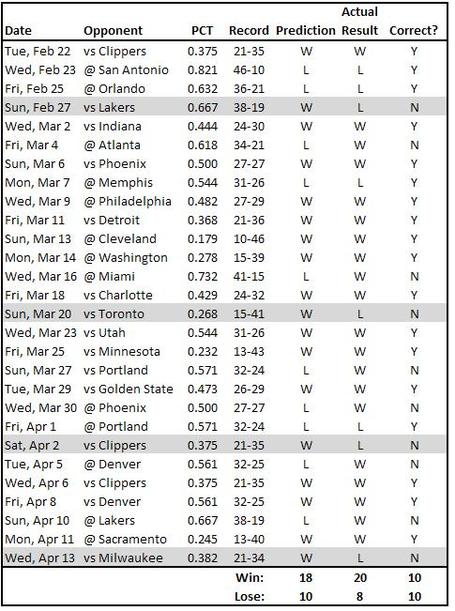 A few more comments after the jump.