Denver Nuggets Q&A: A Thunder Fan's Questions for Denver Stiffs and What We Learned

Share All sharing options for: Denver Nuggets Q&A: A Thunder Fan's Questions for Denver Stiffs and What We Learned 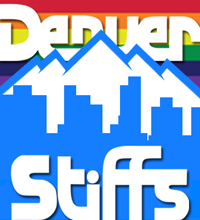 Greetings, fair readers. Today we bring to you another excellent Q&A cross-post, this time conducted with our friends at SB Nation's Nuggets site, Denver Stiffs. We have called upon their intrepid blogger Nate Timmons, who has kindly given us some of his time to answer our Denver-specific questions. The Thunder completed its regular season series against the Nuggets this past week, and we have much to glean from OKC's two wins against Denver. It is likely that the Thunder will be facing the Nuggets in the first round, so we want to take a look as best we can on how the two teams match up.

You can go to see my answers to his questions about the Thunder here:

What We Learned About the Thunder Last Week | Denver Stiffs

Let's get to the questions:

1. How do you view the past week? The Nuggets had huge wins against the Lakers and Mavericks, statement games as much as anything, but dropped two games to the Thunder. Which do you think impacts the team's (and the fans') psyche more going into the playoffs?

I was listening to the un-official Nuggets critic and ESPN analyst Jon Barry talk about his playing days and he said some interesting stuff. Basically he said he played on teams that were hot heading into the post-season and teams that were cold heading into the playoffs and each time there were different results. Hot teams can go cold in a hurry and cold teams can heat up faster than a Hot Pocket.

As a fan, I'm not worried about the Nuggets as a team heading into the post-season and I don't put a lot into the two losses to the Thunder last week. The Nuggets were forced to rely on Al Harrington as the only big man off the bench. "Big Al" as he's dubbed, averages 4.5 rebounds per game and goes 6'9'' on his tippy toes. He hasn't been needed as a rebounder for Denver much this season and not having Chris Andersen or Timofey Mozgov to turn to really hurt Denver on the glass this past week against the OKC bigs (you guys have a lot of big bodies to throw in). But ...

As a historian, I recall that in the 2005-06 season the Los Angeles Clippers went 3-1 against the Nuggets (same as the Thunder this year (2-0 vs. the new-look Nuggets)) in the regular season and they defeated Denver in just five games (4-1) in the first round of the playoffs. So, I don't want to be totally ignorant and say this week's losses to the Thunder didn't mean anything.

OK City did a great job turning the Nuggets into a jump shooting team, slowing down the tempo and putting games away in the second half. The Nuggets had shown post-trade to be a very strong second half team, but they were not able to do what they usually do in the second half against the Thunder this week. In the wins against the Lakers and Mavericks, the Nuggets played great in the fourth quarter of both games. So maybe something Scott Brooks cooked up worked?

2. What exactly did we see on Friday night? Did George Karl and his team cede the game, or did the Thunder take the fight out of them? If it is the latter, does that concern you?

Scott Hastings of Altitude TV, the Nuggets local broadcast, said after Friday's game that perhaps George Karl had his team hold back a little bit. I don't think that was the case. After watching this team closely all season I didn't see anything other than a tough loss to a very good team.

This Nuggets team hadn't shown any quit since coming together. They have lost a few games, but they fought back in all of them to a certain extent. Even against the Thunder on Friday night the Nuggets cut into that 16-point lead late in the second half to make it just a 9-point one, but the Thunder had such an advantage that the Nuggets might have run out of gas a little bit.

Again, I don't think the Nuggets ceded that game to the Thunder - it looked to me like a team that just wasn't shooting well and got beat. Ty Lawson, J.R. Smith, Danilo Gallinari and Wilson Chandler combined to shoot just 7-30 Friday night and anytime your balanced team is that unbalanced they are not going to win.

3. The Nuggets have been running hard for about a month, and especially in the second half of this second game they appeared to have dead legs. Do you think the Nuggets peaked too early, or are they just suffering from not having their full bench?

The Nuggets desperately miss Arron Afflalo, he averages 12.6 points and shoots 42.3% from beyond the arc. And Afflalo is Denver's top defender who I am hoping will be good to go by the time the playoffs roll around because I think Karl will use him to cover Russell Westbrook a bit and take some of the heat off Ty Lawson.

With Afflalo out the Nuggets haven't been able to throw a full bench at anybody in awhile. The Nuggets are a heck of a lot more dynamic when they can put Raymond Felton, J.R. Smith, Wilson Chandler and Chris Andersen into the game to face their opponent's second unit. And like I mentioned above, this week the Nuggets had to use Harrington as the big man off the bench instead of 7'`1'' Mozgov and Nick Collison decided to flop into an unsuspecting Moz. Nugget fans are not happy with Collison, even though he was rammed by Kenyon Martin and the Nuggets have their own foul accentuator (might be a made up word) in Gallinari.

With Afflalo and Andersen hopefully back, the Nuggets will get back to that scary deep team that will look to wear down their opponents. Although, the young Thunder squad is a very tough team to wear down. Can they be worn down? We may find out soon.

4. What do you think the Thunder did in these past two games that differed from what the Western Conference elites have tried (and failed) to do against the Nuggets?

The Thunder did an excellent job of making the Nuggets play at OKC's pace. Lawson and Felton must speed the game up for Denver and the Nuggets defense I don't think was as active as they normally are. Karl likes his teams to set up a quick fast-breaking offense with a trapping, take chances defense that can get their opponent to turn the ball over.

The Nuggets didn't do a good job of forcing turnovers in the two games this week against the Thunder. In each game OKC had 12 turnovers. Westbrook turned it over three times in Denver and just two times in Oklahoma. I'll be very surprised if Denver doesn't try to pressure him more, but he's so fast that the Nuggets really have to make quick decisions and be ready for him.

Conversely, the Thunder did a great job of getting the Nuggets to turn it over Friday night. Lawson had an uncharacteristic six turnovers and Felton had an unusually high amount with four turnovers of his own. As a team Denver committed 18 turnovers and you just can't do that on the road. The Thunder defenders did a great job poking the ball away on wrap arounds and when the Nuggets players tried to drive the ball. It looked almost as if the ball was being greased up when Denver had possession or lack thereof.

Kendrick Perkins and Serge Ibaka clog up the paint very well and whenever you can turn a team into jump shooters you are at an advantage. Denver still likes to attack the rim and get to the foul line, but they shot way too many jumpers this past week against Perkins and Company.

And when a team is being forced to shoot jumpers, not only are they lower percentage shots - but they take away from team assists. The Nuggets recorded 17 assists in Denver and just 15 assists in Oklahoma. When this team is playing at their best it's not unusual to see these Nuggets with 25+ assists in a game. Again, I think cold shooting and the fact that they were not getting inside with ease hurt those numbers along with the Nuggets not moving the ball around enough. Great credit goes to the Thunder defense and I'm sure Denver will be looking at game film a lot in this match-up indeed takes place.

5. Who is going to get into a fight first - Kendrick Perkins or Nene?

We've seen Nene go face-to-face with guys a few times in his career. He's never thrown a punch if memory serves correct, but he has tossed out a couple head-butts. Well, maybe he hasn't. Take this quote from Nene about Lou Amundson from March 30, 2009.

Perkins likes to act tough and he had a good mentor in that department in Kevin Garnett. But you are not going to intimidate a man from Brazil. Nene plays more aggressively when he's mad, so I hope Perkins gets under his skin early.

Thanks to Mr. Timmons and Denver Stiffs for their excellent contribution. If the Thunder do end up facing the Nuggets in the first round, I greatly look forward to more of their insights and analysis.