Share All sharing options for: Six Degrees of Kevin Durant

What do you get when you combine smart guys, love of basketball, and lots of free time? As Hoopism has demonstrated, you get unproductive afternoons.

Today, the Harvard College Sports Analysis Collective presents to you an adaptive algorithm that rests on the transcendent  game, "Six Degrees of Kevin Bacon." 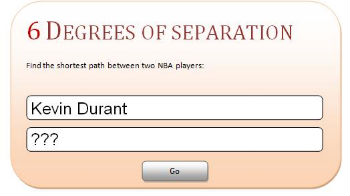 What the fellas have found is that, in order to cross the chasm of generations, the maximum number of connecting past to present is actually eight, not six. They also discovered that the center of the NBA universe does not actually reside in LeBron James' ego, but in a player the Detroit Pistons faithful refer to as "Buddha," James Edwards. 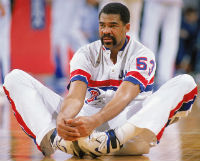 You want to play, don't you? Have fun.