Visualize This: The NBA's Greatest Shots, by Hoopism

Share All sharing options for: Visualize This: The NBA's Greatest Shots, by Hoopism

Here comes Hoopism once more, ready to blow your collective minds with their vision and dedication. Previously they had created a Youtube program that enabled us to see almost any slam dunk that was attempted in the NBA's slam dunk competition. This time around, they have enlisted a small army of NBA fanatics to designate their 65 greatest shots in the league's history, including a diagram of where those shots were taken. 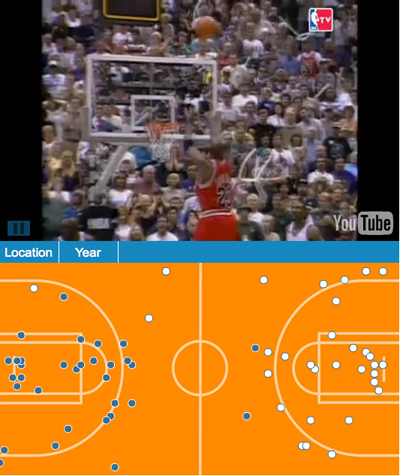