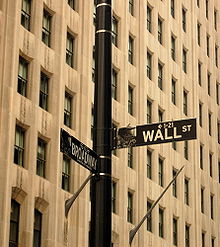 One of the Big Ideas that was bandied around quite a bit during the CBA lockout was the question of what kind of harm the lockout was doing to the game itself. Would people stop caring? Would they become disgusted with the lockout? Would advertisers flee?

At least as far as advertisers are concerned, they don't seem to have greatly cared that the NBA missed the first 20% of its games. Today, the NBA is set to announce that three of its main advertisers - Anheuser-Busch, PepsiCo, and Auto-Trader.com - are renewing their NBA deals.

Mark Tatum, the National Basketball Association's executive vice president of global marketing partnerships, said the league didn't lose one partner because of the NBA owners' lockout..."the demand for NBA advertising, from talking to our TV partners, is incredible-people want to be in those Christmas Day games."

The message here is mixed. On the one hand, the loyalty of advertisers to the NBA brand indicates that they are counting on fans returning to the game despite the lockout, and that the loss of 16 games to the NBA schedule was practically inconsequential (further evidence that the season itself is too long). On the other hand, if the NBA knows that advertisers will not flee despite the threat of an entire lost season, they will be even more empowered to use lockouts in the future to get what they want. According to one executive at Anheuser-Busch, the absence of almost two months of games had little impact at all on their relationship to the NBA.

Why is that? Here is a clue:

"A concern was that the average Joe was going to get frustrated with billionaires and millionaires fighting over money, but it looks to me it got solved in a very amicable way. From our standpoint, we're elated...I haven't seen anything that tells me fans are irritated and we're hoping it doesn't develop." - Clark Wood, Auto-Trader.com

Consider that line..."it looks to me it got solved in a very amicable way..." I think that particular sentiment tells us everything we need to know about who controls the throne in these games.