Free agency is heating up so be sure to check in often here as well as SB Nation's main free agency web portal. For now, I like the idea of the Thunder players all sitting together on the side of a practice court watching the streaming free agency news, looking at each other, and saying to nobody in particular, "whenever ya'll are ready, guys."
Opening Weekend Winners and Losers | CBS Sports
Memphis Grizzlies and Marc Gasol - winning!
Thabo Sefolosha: Offensive Force | NewsOK
Mayberry writes that defensive specialist Thabo Sefolosha has flourished offensively while playing overseas. On the Thunder, his offense is likely restricted because he simply does what he is asked. If he moves to a bench role, is there the potential for him to be a bigger offensive cog?
The Discerning Owner: David Stern | Hardwood Paroxysm
Did David Stern somehow back into the right decision for the Hornets, or was this his plan all along?
Thank Goodness Someone is Looking Out for Donald Sterling | SB Nation
Ziller writes that the NBA has a strange way of protecting the bad habits of some of the worst NBA owners.
NBA in Total Disarray as Season Nears | Sports Illustrated
My analogy for Lowe's analysis is what happens to Wall Street traders whenever there is a stock market freeze. When traders are forced off the floor, they will likely go outside and consume copious amounts of nicotine and caffeine while they fester in their restlessness. When trading resumes, everyone temporarily loses their mind.
New Deadline for Westbrook Deal | NewsOK
If the Thunder are going to lock Russell Westbrook in to a contract extension, they have to do it by January 25, lest he become a restricted free agent over the summer.
Rose Content to Let Bulls Sell Themselves | Chicago Tribune
Derrick Rose is taking the same approach as Kevin Durant - you can see what is going on there, so if you want to be a part of it, come on over. On top of that, Rose is about to sign a princely contract.
Wolves Close to Signing Deal for Barea | CBS Sports
Nice job by Jose Barea, but I fear that this is the last we'll hear from him for quite some time.
Mark Cuban: Chill Out | Ball Don't Lie
Mark Cuban answers some questions about how his management style has changed over the years.
Remembering the Rise of Brandon Roy | HoopSpeak
Mason does a great job looking back at the promising career of Brandon Roy, and how unfortunate it is to once again lose an athlete to reasons outside of their control.
More links after the jump.
Chauncey Billups Waived | SB Nation
No more Mr. Nice Guy.
Pacers are Pursuing O.J. Mayo | 8 Points, 9 Seconds
Grizzlies guard O.J. Mayo has been a bit of a regular season disappointment, but we finally saw some signs of life during his playoff run last year. If they get him, he'd be a nice addition to the newest member of the team.
Is Dallas Better Than Last Year? | Wages of Wins
The champs have now lost Tyson Chandler, Caron Butler, and Jose Barea. Do they have another run in them?
66ers Players Invited to NBA Training Camps | Our Sports Central
The Tulsa 66ers, which is the Thunder's D-League team, is sending three players to various training camps. The Thunder continue to use their D-League team well.
Nuggets Likely Set Record for Smallest Training Camp Roster | Ball Don't Lie
So much for the "we have 10 starters!" mentality.
Rip Hamilton Might Be Right Fit for Bulls | Sheridan Hoops
There is a question as to how much Rip Hamilton has left in the tank, so if the Bulls pursue him, it would need to be at the right price.
Lastly, the greatest holiday card ever. 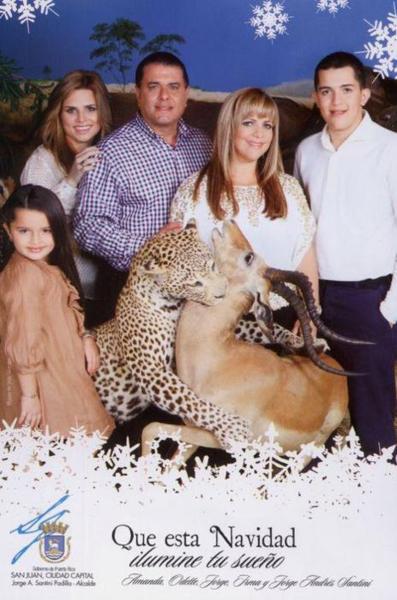