Serge Ibaka Signs with Real Madrid Baloncesto: A Team Profile, and How He Fits In

Share All sharing options for: Serge Ibaka Signs with Real Madrid Baloncesto: A Team Profile, and How He Fits In

As J.A. Sherman and SB Nation reported yesterday, our very own Serge Ibaka has signed with Real Madrid, one of Europe's most powerful teams. Let's take a look at them, shall we? 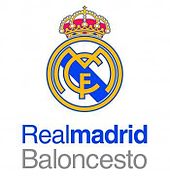 Qualified for Euroleague Via: A License

Real Madrid is usually a team that rolls through the early group stages, so it's not surprising that they didn't go out of their way for a big NBA signing at first. But with the injury of Novika Velicovic, a solid rotation player, it only made sense to beef up their front line. It might be a bit of overkill for whom is mainly considered little more than a rotational player, but the signing was cheap for a player of Ibaka's caliber: only $140,000 a month, which is pretty much peanuts. Yes, Serge Ibaka loves basketball, and yes, he loves Spain. This can only bode well for the future, when we will have to sign him to an extension.

This signing turns Real Madrid into a European powerhouse, as if they weren't one already. Serge Ibaka brings the athleticism from bigs that you don't typically see in Europe, and he can still shoot a bit from outside, should Madrid's coaches choose to let him. He also has had experience playing with Sergio Llull, Rudy Fernandez, and Felipe Reyes this Summer during the 2011 Eurobasket in Lithuania.

His main post partner will be Ante Tomic, a 7'2" giant of a Center. Strangely enough though, he's not a defensive type of Center, like Kendrick Perkins. Rather, he's an excellent interior scorer who will make the defense pay when he's not double-teamed, with an excellent hook shot and lots of size to rely on. So I'm expecting that Ibaka will be used a lot for help defense in the post, and always given the tough matchup. This is something that Felipe Reyes provides, but as he's gotten older, he's moved into more of a bench player role.

The main competition for Real Madrid in Group C should be Armani Jeans Milano, Maccabi Electra Tel Aviv, and Anadolu Efes. Milano is using the services of Danilo Gallinari this year, Tel Aviv is using two classic Greek stars, Soforkis Schortsanitis and Theodorous Papaloukas, and Anadolu Efes featurs Omar Cook, Sasha Vujacic, and Ersan Ilyasova. In this sense, Group C is very good, but they are very top-loaded, and the two lower teams, KK Partizan and Spirou Basket, should be eliminated without much drama. If Ibaka's contract will indeed only last two months, he shouldn't see much of the second stage of Group action, if any at all. Nevertheless, it will be nice to see how he does against some NBA-level talent in Group C, even if the games are a bit meaningless.

Be sure to check out Managing Madrid, who does limited coverage of the basketball side of their club. In addition, keep tuned to WTLC for news concerning Ibaka's adventures in Europe!