We've witnessed some back and forth debate about whether NBA fans will truly miss the start of the 2011 season. Some people fervently believe that the fans won't miss it, and others are unrelenting in their belief that the NBA's popularity is higher than it has been in a long time. According to an informal poll of NBA fans on ESPN, sadly it appears that a lot of people do not care. However, one group of people care about the lockout substantially more than most - the fans in Oklahoma. 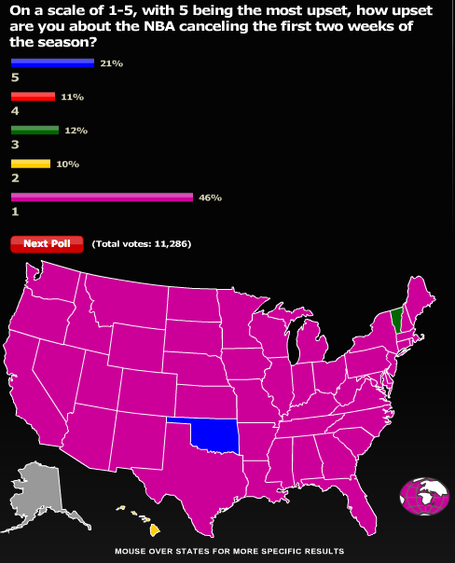 Such is the power of a dramatic playoff run coupled with a wonderful fan base. OKC fans know what they have in the Thunder, and they are not happy that they will have to wait longer to see their team return to the court.

Someone is going to have to explain the Vermont thing to me though.