Share All sharing options for: New Russell Westbrook Shoe "Why Not?" Released Today 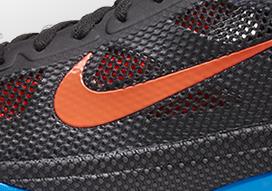 Today at Nike's sneaker lab, which I'm sure resides in a dormant volcano somewhere in Oregon, they have just announced the release of Russell Westbrook's new "Away Player Edition" Hyperfuse, featuring the "Why Not?" logo.

A few pix for you after the jump.

I think I prefer this "Away" model over Westbrook's previous iteration as well as the "Home" version, if I have those two straight. Even so, I was not aware that he now had sort of publicly coined his "Why Not" slogan. I think that's pretty cool, and the little logo that is going to appear on all of his sneakers is very well designed.

Now, as for Nike claiming he is going to, "Assault the tin," uh, I think that part need a little bit more market research. 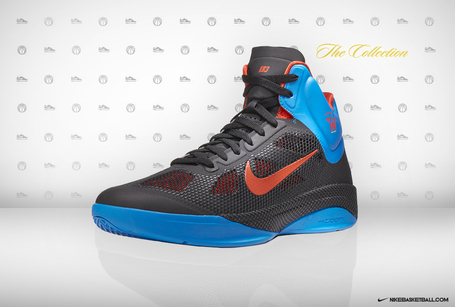 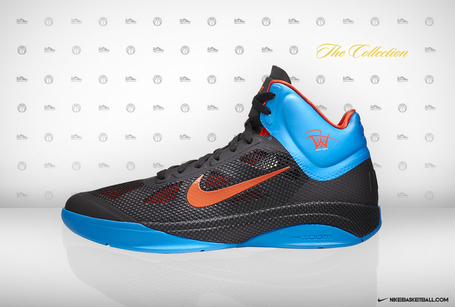