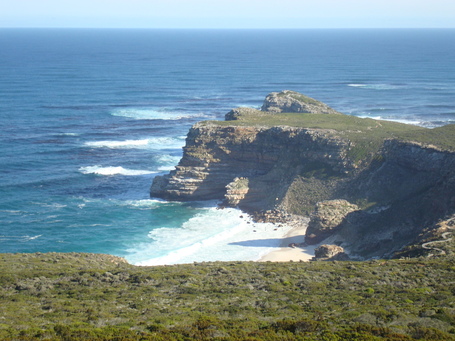 Well, I have good news and bad news. The good news is that the Sports Media Personality tournament is pressing on, and we are less than a week away from crowning a winner.

The bad news is that the organizer of the tournament hopped a plane to Aruba in the middle of the action.  So, I had to pick up where he left off, and press onward with the tournament!

Here are the upcoming matchups....

Recaps and Explanation are below.

Normally, the portion of the tournament where the 1 seed faces whoever comes out of the 8 vs. 9 matchup is not considered to be very important. If an upset does happen, it's usually very rare, and isn't picked with as nearly as often as the 7/10 vs. 2 seed upset. But this matchup was a bit different, as Al Eschbach barely got past Daniel Holdge during the 11th hour of his first round matchup. Fortunately for him, the haters went to sleep. And John Rhode couldn't get any support, as nobody is a huge fan of him. Eschbach runs to the Regional Finals.

It was a rather surprising blowout in favour of BBJ. As both BBJ and Blevins had their first round matchups decided by 11 votes against rather unlikable opponents, it was expected that this would be a tight battle between the two most popular sports directors in the metro area. However, it appears that the hate for Craig Humphreys propelled Dean Blevins ahead, as he was soundly trounced by the much more sound and on point BBJ. (My bias is not showing!) It's probably for the best that Dean didn't go on though, as he would be too heartbroken to face whomever came out of the region named after his former co-presenter on News 9.

Two of the stronger candidates for winning the whole thing met up in the second round. And guess what? The voting was neck and neck all day, and it ended in a tie. Now, there's several ways you could settle this. I could have had a after midnight overtime session, but who wants to have the matchup decided by a couple random vampires like myself? Or, you could have something random, like a Googlefight or the flip of a coin, decide the whole thing. But if the winner of this matchup won the whole thing, their championship would always be in doubt. So, I've decided to do something that can only be done in the realm of fantasy. They're both going to the next round! Why the heck not? I mean, you've always dreamed of things like Bush/Gore, Lakers/Celtics, and Duke/UNC ending in a tie right? Like soccer, right? ....right? Oh well, it's happening anyway.

Did a Laker fan just advance to the regional finals? Yes. But I seriously doubt that it was through any fame of his own. His first round win was rather obvious, as he was facing the most controversial figure in Oklahoma Sports Media....ever. And in the second round, he was facing a relatively unknown face while having the appeal of a low seed. Still, it's no secret that he's got a snowballs chance in hell of advancing out of the next matchup. I think we're all a bit glad that this one is over.

Got something to say? Leave a comment, or vote in the upcoming polls!