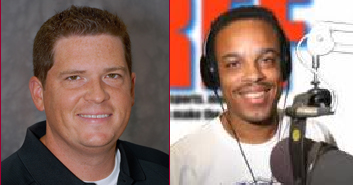 Well, its an interesting game, I'll give you that. Rarely do Cinderellas take on fellow underdogs, especially in the second round. But, here we are... Who will it be? Toby Rowland, whose roles are too many to name? Myron Patton, whose journalism is a little off the beaten path? Its all up to you. Someone gets to keep dancing...for the other, its midnight. 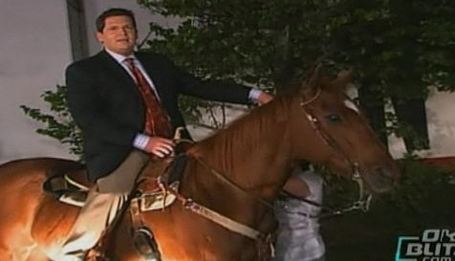 The Story of Round One: Toby was able to topple the one and only Brian Davis by three votes in the last round. I was honestly surprised by the results. I know on paper its only a 7-10 upset, which isn't much. Still, I thought there was a chance I may have over-valued Rowland at 10, at least in the eyes of some of the readers. I suppose the sometimes corny Davis had enough haters to help propel T-Row to the second round. Now that he's over that initial hump, there's no knowing where he'll stop now. He could be destined for the championship. He could be a one-hit-wonder. Which one of us can really say for sure? 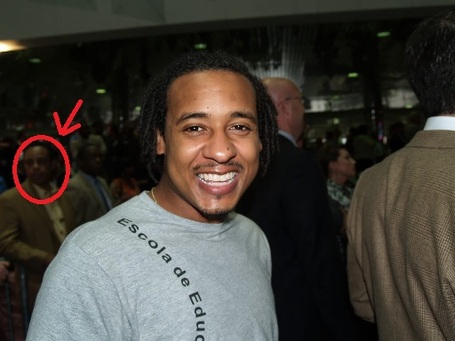 (NOTE-THIS PICTURE IS PRIMARILY OF THUNDER BEAT WRITER DARNELL MAYBERRY, BUT PATTON IS IN THE BACKGROUND...YOU TRY FINDING LARGE PICS OF MYRON ONLINE!)

The Story of Round One:Wow. What a game, huh? Traber held a very close lead over Patton until the last few hours of voting in what would become the closest game of the opening round. It goes without saying that if Myron were facing anyone else, he probably would have gotten single digit votes. Any votes Patton gets at this point would likely be protest votes against the current state of local sports media in Oklahoma City (or of the very concept of this tournament), in support of the smaller television and radio stations across the area, or because the voter really loves underdogs.

Prognostication: I have to go with Toby Rowland. 15s don't really past two rounds all that often (or ever). Its not completely impossible that Myron could pull off another incredible upset, I'm not expecting a great voter turn-out for this match so any small contingent could easily sway the vote in either direction. Having said that, the odds are stacked against him, and the odds of whoever wins this game advancing any further are just as small.