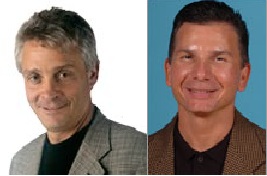 We know half of the identities in the Final Four. Now we the Bill Teegins Regional begins with a couple of true toss-ups, today's Tramel-Pinto showdown and Sunday's Rowland-Patton Cinderella shootout. Berry Tramel and Matt Pinto aren't your shorts and sandals radio hosts like some of the other guys in this bracket. In fact, they're quite the antithesis. The winner will be the favorite by default to advance out of the Bill Teegins bracket and into the championship. 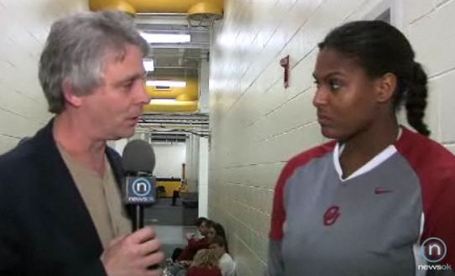 Resume:Columnist for The Oklahoman. Co-host of The Total Dominance Hour. WWLS contributor

The Story of Round One:He may not have been facing the toughest opponent, but 8 votes over Jenni Carlson is nothing to sneeze at (whatever that's supposed to mean). When it comes to total votes, he didn't rank very highly among winners, but because each day brings a slightly different sample to the blog, total votes aren't always the best way to gauge who's going to end up winning these things. I didn't sense that strong of a hater vote against him in the last match either, as Carlson was one of the lower vote-getters in the opening round. 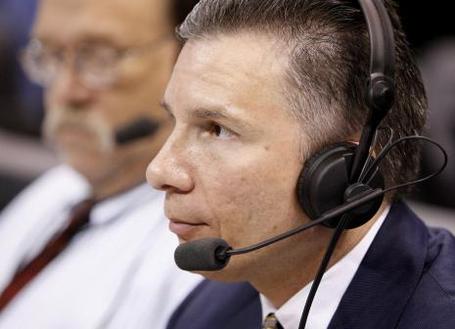 The Story of Round One:Pinto received the lowest number of votes of any first round winner. There are a few ways to interpret this: The first way, and perhaps the most likely, is that not to many people were interested in reading about Thunder basketball on their Sunday afternoon, and never visited the blog in the first place. However, another reason could be that his name wasn't a big enough draw to get voters in. I mean, like it or not, a Jim Traber poll could probably summon 40 or 50 votes on Christmas Eve. Either way, it goes without saying that if Matt doesn't pick up his game for this match, he'll be sent home, and fast.

Prognostication:This one was tough for me. These people are hard to compare, because their professions and personal styles are so different. If you're voting for the best personality and the guy with the most knowledge of Oklahoma, Berry is your man. If you're looking for someone who takes his work very seriously (not that Berry doesn't) with a little national flavor, then its Pinto. But you ask who I'm picking? Tramel. I seeded these guys in the first place, and the low vote total for Pinto in the last round honestly does concern me a little. Still, this is one of the two biggest toss-ups in round two, and either way I won't be too surprised.