If Elmer Fudd were here, he might say that this is, "a vewy, vewy, vewy, Bawwy battwle." Unfortunately, Elmer isn't here. But that shouldn't make this match-up any less exciting. Whoever wins this one could be called the best local sports director in the city and just may establish himself as the favorite to win it all. Read the complete breakdown below: 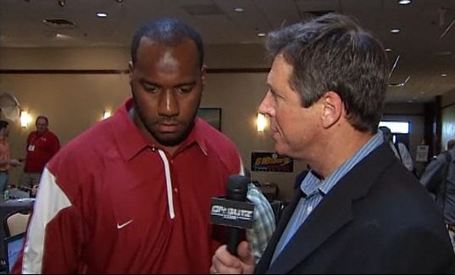 The Story of Round One: Dean absolutely cruised past Craig Humphreys in his opening match, garnering 70% of the vote. It was a mismatch from the get-go. However – and I hate to pick hairs, but his actual vote total wasn't overly impressive and I think the lack of appeal in the Humphreys name may have had something to do with the large margin of victory. But hey, a win is a win, and there were worse vote totals that advanced to round two (more on that tomorrow). Today is a new day, and Dean has as good of a chance as any to take home the title. 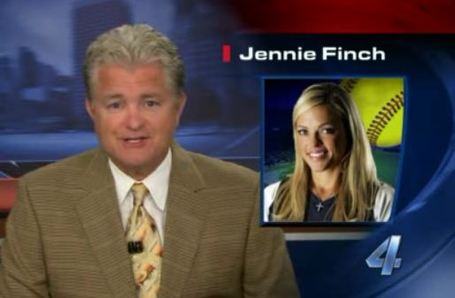 The Story of Round One: BBJ looked pretty impressive in his debut, ending up with the second highest vote total of the first round and smashing every notion that Mark Rodgers had a chance at the upset. In fact, I'm going to go out on a limb and say that no one was more impressive in their opening match than Bob Barry, Jr. The only question is can he continue this success into the second round...and perhaps beyond? As with almost every personality in this round, we'll have to wait and see how he does against stiffer competition. Still, if he can duplicate his success against Blevins, we may have a new tournament favorite on our hands.

Prognostication: Bob Barry, Jr is my pick to win not only this game, but the one after that as well. Its not that I would be completely shocked if Dean won – let's not forget who the higher seed is in this match. It's hard to deny the dominance of BBJ in the first round, though. As in the NCAA tournament, when you take the court, you can throw the seeds and rankings out the window. Sometimes you just have to go with who's hotter, and right now its Bob Barry, Jr.