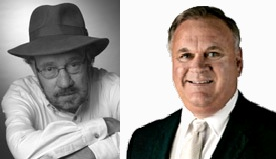 The Regional Semifinals open up with Al Eschach trying to fend off John Rohde. It may take two to tango, but it only takes one click to vote. So do it now!

Read the complete match-up breakdown below: 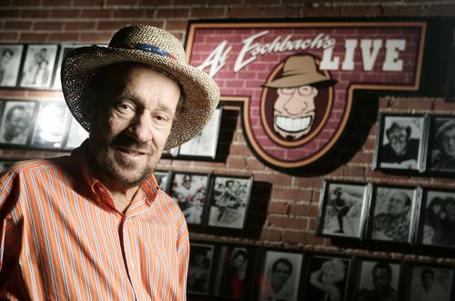 Resume: Host of Inside Sports and co-host of The Total Dominance Hour

The Story of Round One:The top seed in the 2010 OKC Sports Media Spectacular was pushed to the edge of elimination in his opening round game against Danial Holdge. Though only winning by five votes against the "inferior" 16-seed, it can't be forgotten that Al was also the top receiver of votes in round one. Its clear that fans are very divided on Eschbach, and he will no longer have the benefit of facing a cupcake opponent like Holdge. Having said that, a Final Four or even championship birth is still in sight as long as his supporters continue to rally behind him. Al's greatest opponent is going to be himself. 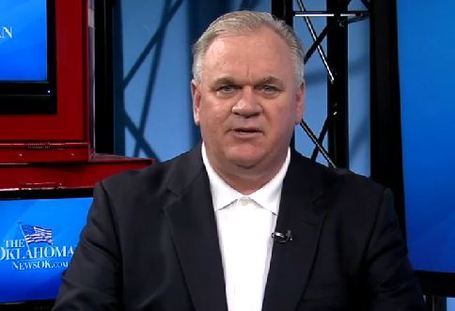 The Story of Round One:I have to say, I was a little surprised that Rohde was able to pull off a victory. He's not the sexy pick by any means, but he knows how to get the job done as evidenced by his 19-15 victory over self-proclaimed "Regional Radio Star" Mike Steely. Perhaps Rohde's greatest asset is having a visible enough platform so that people know his name and his work while also keeping a low enough profile so that he can keep haters at a minimum. This can be a deadly combination, and if he can increase his vote total from round one we could have a surprise in the BBS Regional Championship.

Prognostication:I'm picking Al by a thread. It's true that the hater vote is clearly against him, but I don't think John Rohde has a big enough name to be able to pull off the upset. Don't get me wrong, I don't think Eschbach will be able to advance much further, but Eschbach is the right choice in this one. I have faith in the rationality of this blog's voters to do what is right (famous last words).