Share All sharing options for: Round 1, Day 8: Traber vs Patton

The day you've all been waiting for has arrived...and its probably not because of Myron Patton. As promised, "The Ultimate" Jim Traber will be trying to advance into the second round today. Lead your favorite to victory! As always, the complete match-up breakdown is below. 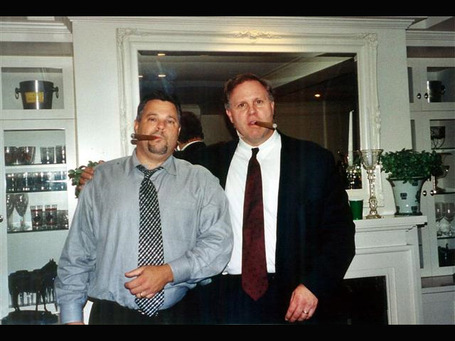 Resume: Host of The Afternoon Sports Beat, Co-Host of The Total Dominance Hour. Shapes the Minds of America's Youth.

Why He Should Win: The ultimate (pardon the pun) dividing force in Oklahoma City, period. Love him? Hate him? Laugh at him? Chances are you said yes to one of these three. Like him or not though, people listen to this man, and a lot of people. He's a former Major League Baseball player, and no matter what his stats were, it can't be argued that he knows as much about the game as anyone. He has collected a lot of big name contacts over the years. Despite how controversial he can be, he does create a lot of talking points through this controversy.

Why Should He Lose: Like I really need to give any reasons for you people to vote against him. Without opening up any old wounds, I'll just say that he is VERY set in his ways and almost impossible to make a logical argument against because he refuses to give an inch. He also frequently gets off-topic, discussing what may be going on with his wife or daughters or discussing the very same Seinfeld episodes he's been talking about with Al for years. 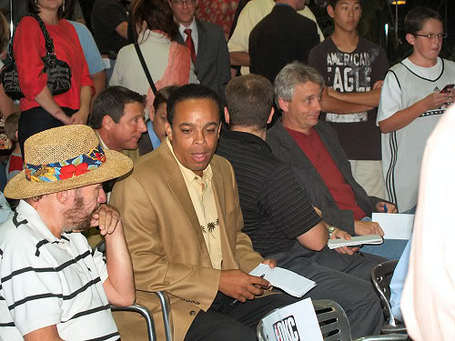 Why He Should Win: Myron is like that one indie rock band that only certain people have heard of that got its following because people finally got fed up with the direction that "mainstream" music is headed. He doesn't burst blood vessels arguing but still remains opinionated. He goes head to head with Jim Traber every Sunday night on Fox 25 and always holds his own. If he were only at some more recognizable station, he'd be much higher on the list.

Why He Should Lose: Lack of exposure. The general public doesn't know who this guy is. He could be the greatest sports anchor in history, but if no one is watching it doesn't mean a thing. Also, he's a Laker fan...

March Madness Comparison: Montana. After leading the conference most of the year, he enters the tournament as a low-seed, but with more bite than usual.