Share All sharing options for: Round 1, Day 7: Davis vs Rowland

We're getting closer to the end of round one, but the matches are getting no less intense. In today's game, we have everyone's favorite high-strung local play-by-play man Brian Davis taking on the young and promising Toby Rowland. Do you have a favorite? If so, vote! Tell your friends to vote. Tell your mom to vote. Tell your mom's friends to vote. No one wants to see "their guy" taking a loss in the first round. Also, be sure to read the complete breakdown below: 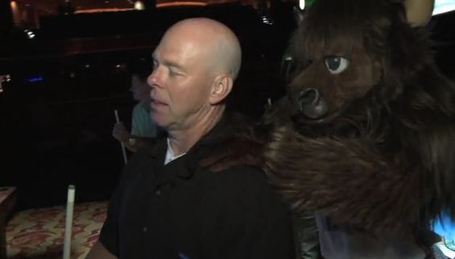 Why He Should Win: Outside of anyone within the actual organization (players, coaches, etc.) is there any face or voice that is more associated with Thunder basketball than that of Brian Davis? You invite him into your home dozens and dozens of times each season. He's practically family! He's a very personable and enthusiastic guy. In terms of local NBA broadcasters around the league, he has to be in the top half.

Why He Should Lose: Frankly, he's a one-trick pony. Yeah, he's everywhere during the season, but when he's not on the job he completely disappears, mostly because he's stayed out of the whole radio scene. Also, while he is very enthusiastic and demonstrative in his calls, sometimes he gets a little ahead of himself, saying daggers have been placed when the game is still well within reach. Sometimes the excitement in his calls exceed the excitement on the court. You won't catch him being very critical of the Thunder, but you can't really fault him for it.

March Madness Comparison:Gonzaga. Always a threat, but a relatively new player on the scene. He was able to go though his conference without a serious challenge. 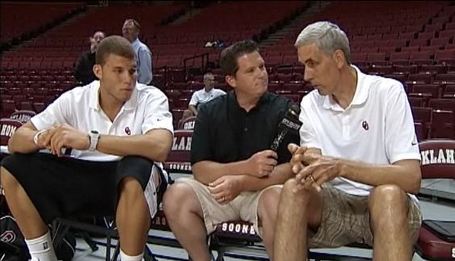 Why He Should Win:He's an up-and-comer. Unlike his opponent in this round, Toby does a little bit of everything. You can see him on TV. You can hear him on your drive to work. You can hear him on those autumn game-days feeding Bob Barry helpful tidbits from the Sooner sideline. He also hosts KWTV's Friday night high school football show and participates in the Sunday night collaboration between News 9 and the Tulsa CBS-affiliate KOTV News 6, "The Blitz." Without certain contract complications, you also would have seen him working with his current opponent as sideline reporter for Thunder broadcasts.

Why He Should Lose: He does everything, sure, but does he have a niche? What is he particularly known for? Could it be that he's spread himself too thin? Also, lets not forget that he's only a mere anchor at News 9 and that his radio show is broadcast by the number 2 station in the 405. I've been saying that he's an "up-and-comer" for two years or so. He's added jobs since then, but has his stock really risen that much?

March Madness Comparison: Texas A&M. Driving toward the future, hitting reverse, or stuck in park, I can't say for sure. A solid competitor in a respectable conference, but still no match for perennial favorites.