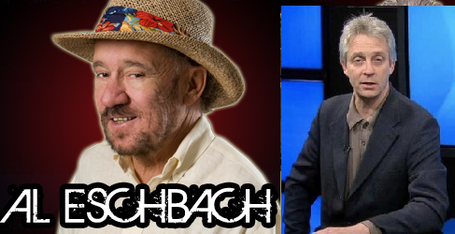 I don't have much time today, so this recap will be quick.

It was a tight race all day, but Al pulled it out in the end. Apparently, all of the haters went to sleep.

This one was a bit mixed in the beginning, but there was no doubt after mid-day that Barry Tramel would take the crown. Myron Patton was way behind, and Matt Pinto had quite a gap to fill in a three way race.

It's been a bracket full of upsets, but it appears that two of the strongest candidates will face off with each other in what is sure to be an intense finals matchup. Call your friends, your neighbors, and your doctor! Voting starts tomorrow at Midnight!