Share All sharing options for: Round 1, Day 6: Pinto vs Jones 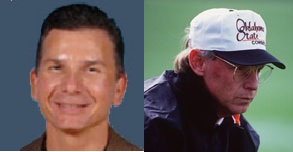 Today's game is a battle between conflicting styles. As much traveled sportscaster who works very hard at perfecting his craft, Matt Pinto offers a stark contrast to the old school Pat Jones, a football coach who likely never pictured himself working with the same pundits that once gave him headaches. See the complete match breakdown below. 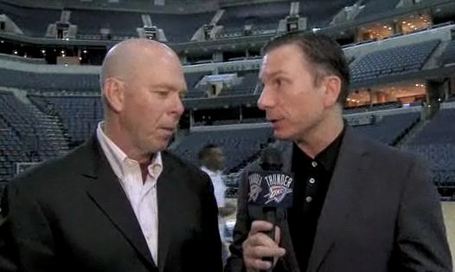 Why He Should Win: The mere fact that he can call a whole NBA game by himself, even while sick, is reason enough to vote him on. I mean, I'm for the addition of a color guy on the radio broadcast, but it isn't because Pinto isn't doing a good job, its because I get tired of listening to one guy all the time. Still, if they never add anyone else, you won't hear me complaining. Of all the people in this field, I think he has the most national feel, meaning he doesn't go off on hot-headed tirades or get side-tracked talking about how he hates mowing the lawn. Easily the most knowledgeable NBA mind in local sports media.

Why He Should Lose: He hasn't been around for a long time, not in this city or state anyway. He doesn't have many opportunities to express his opinion and is pretty Thunder-centric. Its also possible that you hate his play-by-plays, for whatever reason. 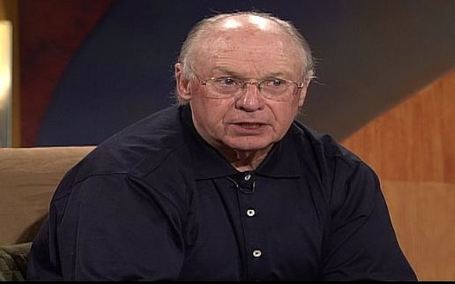 Why He Should Win: Oklahoma loves football. No one in the tournament is more familiar with the inner-workings of the game and what goes on in coaching offices and locker rooms than the former coach himself. He's experienced not only in the college game, but in the NFL as well. He's definitely old school, if you're one of those kinda guys.

March Madness Comparison: Temple. New success is a reminder of past glory.