Share All sharing options for: Round 1, Day 5: Tramel vs Carlson 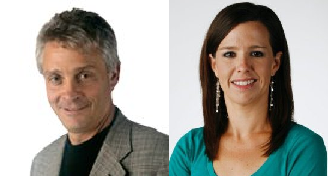 One of the more intriguing matches in the first round. Longtime newspaper vet Berry Tramel takes on his disciple and the only female contestant in the OKC Sports Media Spectacular, Jenni Carlson. It'll be very interesting to see how the votes fall in this one. 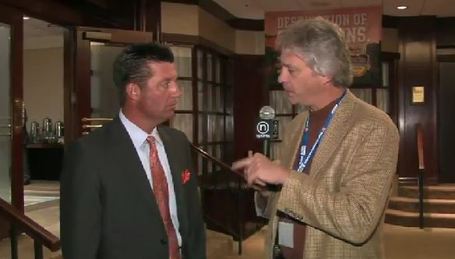 Resume: Columnist for The Oklahoman. Co-host of The Total Dominance Hour. WWLS contributor

Why He Should Win: He's been with The Oklahoman for nearly twenty years and worked at the Norman Transcript for thirteen years before that. If you're searching for historic knowledge of Oklahoma sports, there is perhaps no one more qualified to help you. While on the radio with Eschbach and Traber, he brings a voice of reason to the often emotional rants by the other two. He's not afraid to take an unpopular stance and always at least has reason to justify his position. He's educated and has the ability to think outside the box while still keeping that ole Okie charm

Why He Should Lose: Sometimes I think he'd make a good Nutty Professor, which isn't always a good thing. If you're a supporter of scheduling lots of cupcakes in college football, you might carry some sort of grudge. Its possible that you don't care for The Oklahoman, but that shouldn't be held against one person, especially one who has been having success in the field as long as Tram.

March Madness Comparison: UCLA. A storied past, and a present that usually features a top team. 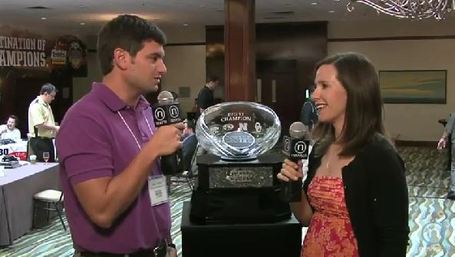 Resume: Columnist for The Oklahoman. Host of Dave Garrett and Jenni Carlson on KEBC.

Why She Should Win: When it comes to profiling athletes, no one does it better. Probably one of the better interviewers at The Oklahoman. She's a woman in a man's world, and that's something she embraces as president of, The Association for Women in Sports Media. Its not a thing that threatens her, nor should it. She's also a big proponent of the Love's Ultimate Fan Competition, which gets a big thumbs up from this blog.

Why She Should Lose: OK, it goes without saying that she's probably one of the top two or three most controversial figures in this tournament. No one needs to be reminded of the Gundy fiasco. Even without the all of the things that surround her, I don't think anyone really expects her to go on, especially facing one of the biggest figures in all of OKC sports media. She also doesn't have the platform a lot of others do, not being on television and hosting a radio show on a small station.

March Madness Comparison: Austin Peay. Small school that is the butt of far too many jokes.