Round 1, Day 4: Blevins vs Humpheys

Share All sharing options for: Round 1, Day 4: Blevins vs Humpheys

Three down, five to go. Friday's match features Dean "The Dream" Blevins against "The Hump-Man" himself, Craig Humphreys. 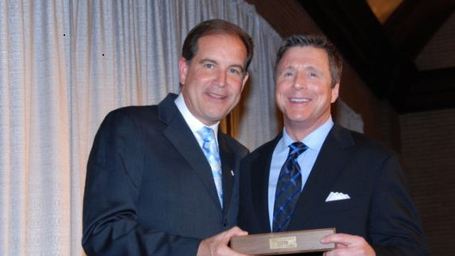 Why He Should Win: He's the director of what is likely the most watched sports program in the state. Excluding the time he peed on air, he stays pretty professional. He was able to experience a lot of the athletics he covers first-hand as a football and basketball player at OU. He is also part of the winning formula that is The Total Dominance Hour.

Why He Should Lose: Not a lot to dislike about Dean. He can be a little dopey, and some may wonder what position he would be in if he didn't happen to work for one of the most powerful local CBS-syndicates there is. Still, that's picking hairs.

March Madness Comparison: Notre Dame. A winning history, but not a championship history. 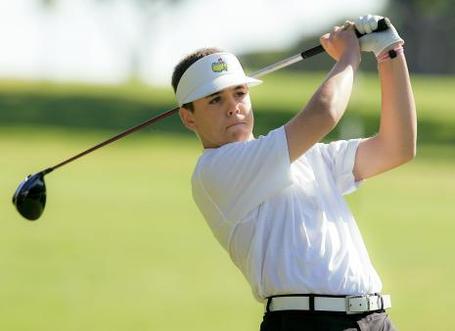 (NOTE: ITS REALLY HARD TO FIND ACTUAL CRAIG HUMPHREYS PICS OR VIDEOS, SO HERE'S HIS SON SAM, A SUPERSTAR GOLFER ON THE JUNIOR PGA)

Resume: Covers the PGA and the NBA for The Sports Animal. Does Thunder Pregame on WWLS and is and occasional Guest-Host.

Why He Should Win: He has very versatile knowledge, and you can tell he does his homework as much as anyone on the Animal. He holds his own against Traber in pregame Thunder banter. He really likes Mackie McNear's and Western Sizzlin. "Let's Go!"

Why He Should Lose: He's a decent contributor, but doesn't have his own show. In fact, I'm not quite sure what his credentials are, exactly. He doesn't exactly excite me whenever he comes on the air, but hey, what do I know?

March Madness Comparison: Akron. Making the tourney was a nice reward, anything else (as unlikely as it may be) is icing on the cake.