Share All sharing options for: Round 1, Day 3: Barry vs Rodgers 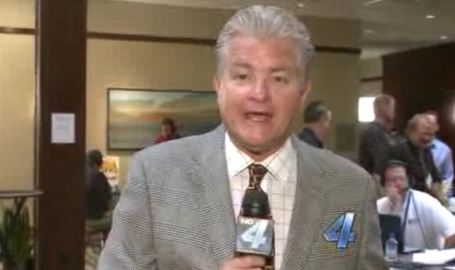 Why He Should Win: He's a veteran at his craft. He both presents his newscast in a lively manor and is fairly opinionated on his radio show. Among all the shows in the daily Sports Animal line-up, his show tends to stay on-point the most, not swaying toward what's going on with his family or the great shows he saw on television last night. He's always open to hearing the other side of the argument.

Why He Should Lose: He can come across a little goofy at times. In terms of resources, funds, and contacts, he can't contend with some of the people above him on this list. He doesn't reach as many people as a Jim Traber does. These things don't really come into play during his first round match, but may hinder him in the future rounds he may contend in. 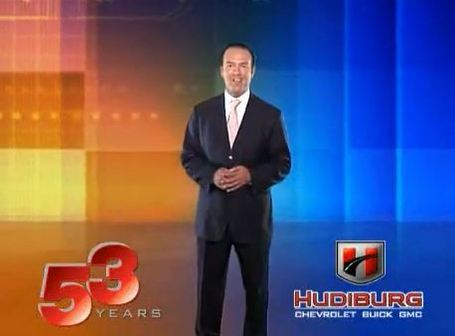 Resume: Host of the Middle of the Day Show on WWLS. FORMER KOCO Sports Director. The Face of Savings for Hudiburg Chevrolet.

Why He Should Win: I'll start off by saying that his winning chances (theoretically) took a huge hit when he decided to step down as KOCO Sports Director to work in marketing at Lucky Star Casino and to become essentially a mascot for Hudiburg Chevy. Still, he has a prominent role on one of the most successful sports talk radio stations in the nation, therefore remaining relevant to the OKC sports scene. Rodgers actually has a pretty strong following in the city. He's pretty knowledgeable when given the chance to showcase it. When it comes to high school sports, he is easily the foremost expert in the entire bracket.

Why He Should Lose: First of all, he doesn't really carry the clout that he used to. He's no longer broadcast nightly, and the one show where we do get to hear him, we have to put up with in-show commercials from Hudiburg and Lucky Star. He's also notorious for texting/internet surfing while on the air.

March Madness Comparison: UTEP. Everyone looks for the 5-12 upset. He's either in for a Cinderella run or a first-round slaughter.