Share All sharing options for: Round 1, Day 2: Steely vs Rohde

The first day of action has come to a successful close. Now we have that infamous toss-up: the 8, 9 match-up. Who will win in the battle between guys who just like to have a little fun? 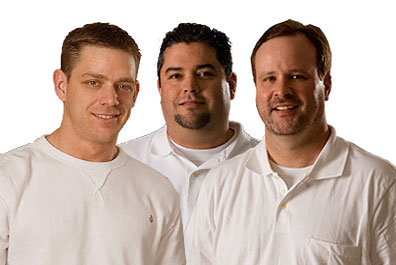 Resume: Co-host of The Morning Animals, Host of Air Thunder

Why He Should Win: He's added a new dimension to his game recently. For a while he was known exclusively as the semi-serious advocate of "Man Laws" and the mind behind many parodies that make his morning show as successful as it is. However, as host of Air Thunder, Steely has been able to display a more professional side that hasn't been seen since his days as sports director for Fox 25. Still, he'll remain mostly known for the entertainment value of his morning show, which is a welcome change of pace from the many straight-laced media members seen throughout the bracket.

Why He Should Lose: Well, as I said, he's at his best when he's trying to make fun or make fun of someone. If you're looking for edgy opinions (that aren't about who it's acceptable to give presents to on Mother's Day) or the most in-depth game analysis, then you may want to look elsewhere. Also, if you don't listen to OU pregame coverage, you don't wake up early in the morning, and don't care about random propoganda programs for the Thunder, then you may not have ever even heard of the Steel-Man.

March Madness Comparison: Xavier. There's a certain charm about cheering for them, but no one thinks they'll actually go far. 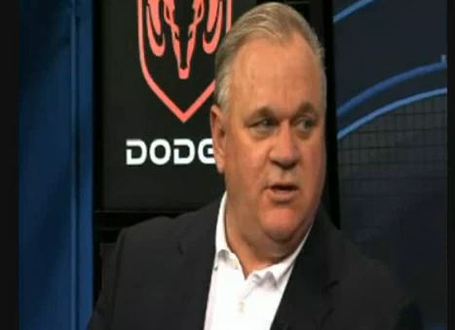 Why He Should Win: Honestly, does anyone out there really hate John Rohde? Does anyone really even dislike him? In part, I think he best represents the common fan. He's not overly knowledgeable, he doesn't bark his opinions with a fervent and sweaty passion. He loves the game without making a religion out of it. He's ok with being jovial about things and isn't too defensive.

Why He Should Lose: Frankly speaking, I don't think Rohde leaves a huge imprint on the Oklahoma City sports scene. At the Oklahoman, he's not the big name that Berry Tramel is, nor is he the sometimes controversial figure that Jenni Carlson is. He's a good writer, but not a notable writer. Every reason I gave saying that he should win could be seen by some as a negative.

March Madness Comparison: Arizona State. A solid season for the program, but little more than a one-and-done is expected. Also, its his alma mater.