Round 1, Day 1: Eschbach vs Holdge

Share All sharing options for: Round 1, Day 1: Eschbach vs Holdge

The first day of action kicks off with Al Eschvach taking on the under-dog Daniel Holdge. It isn't the most exciting match-up at first glance, but as the saying goes, thats why they don't play the games on paper. The match-up breakdown is below: 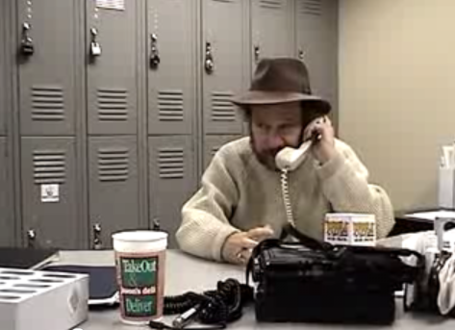 Resume: Host of Inside Sports and co-host of The Total Dominance Hour

Why He Should Win: Not is he only the face and voice of sports talk radio in Oklahoma City, but he has some of the best ratings in the entire country. A nearly iconic figure in his field – an occupation he's been working at for decades. His recall of historic OU rosters and games is nothing short of astounding. I have enough trouble trying to remember what years Reggie Smith played in Norman, and that was only... x amount of years ago. When ESPN did a series of stories on sports talk radio a few years ago, they weren't filming Bob Barry Jr. or Mark Rodgers, they were filming Total Dominance, a show that lives up to its name in almost any way you look at it.

Why He Should Lose: He shouldn't. But hey, it isn't up to me. I suppose you might not care for his accent or something. 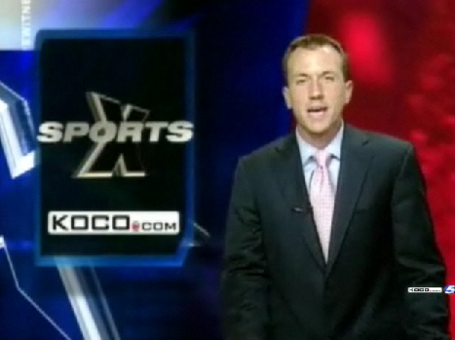 Why He Should Win: Do you believe in miracles? Its true that Holdge probably would not have made the field without Mark Rodgers' abrupt career-change. Still, as long as you're in the field, you have a chance. Little known fact: Holdge actually served as sports director at KSPR-TV (a station in Springfield, MO), so he hasn't always been a mere subordinate. A 16-seed has never beaten a 1-seed in the college basketball tournament...but we aren't playing college basketball, are we?

Why He Should Lose: He's in way over his head. There are several media personalities not in the field who would have been considered well-ahead of Holdge had he not received an automatic bid. Nothing against the guy, I'm sure he has a bright future... but the future is just that – the future.

March Madness Comparison: Florida A&M. A heart-warming, yet mostly unnoticed run in the conference tournament lands him on the nation's biggest stage.