Via The Detroit Free Press:

Also Via the Sporting News:

I know this is a Thunder blog, but since the Shock are now our "sister" team so to speak, they'll get coverage here and there.

And, before you ask, yes, she is THAT Marion Jones. 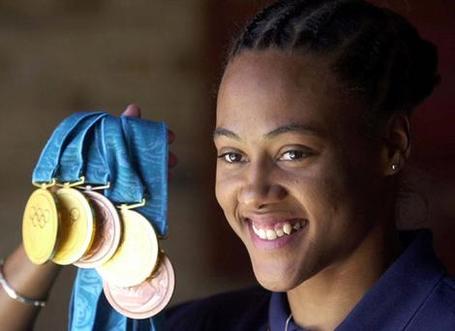 Also, she is THIS Marion Jones. 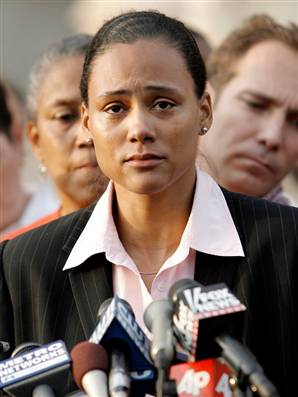 But, most importantly to us, she is THIS Marion Jones. 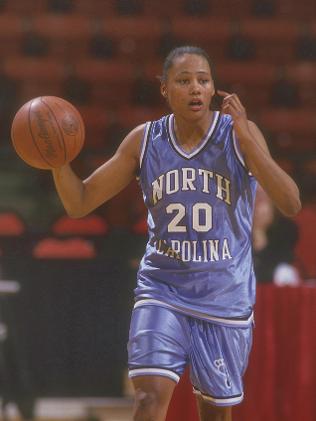 Just in case you've been hiding under a rock when it comes to the Olympics, let me give you a run down. Marion Jones is best known to the public for being a successful track athlete, especially during the 2000 Olympic Games in Sydney. She publicly stated she would win 5 golds, but she ended up winning 3 Gold and 2 Bronze, which is nonetheless an amazing feat. But, her world crashed down on her, as she failed to medal in the 2004 Games in 2 Events. She remained positive for a gold in the 2008, but her dream ended in 2007 when she confessed to using steroids after allegations from her husband and about he coach. She was subsequently stripped of all of her Olympic medals, and served 6 Months in jail.

But she wasn't just a track athlete. In fact, she played Basketball on Scholarship for North Carolina in 1995, leading them to a national championship. But, she redshirted the 96 season to concentrate on track and field, and after an injury preventing her from going to the 1996 Olympics, she focused completely on track and field.

Thus, the question remains, Can she still play ball? She's 34, which isn't too outrageous for a basketball player, but it's usually the point in players careers at which they think about retiring. Only stars remain in the league beyond 35 years old, usually. Nolan Richardson thinks she has something left in her. She's a point guard, and usually PGs age well, so it's not that unreasonable to think that she can make it in the WNBA, especially on what is going to be a lower-tier team. But, without her ever having played at a professional level or at all for 15 years, it's hard to tell.

On a side note, it's kind of interesting that Oklahoma teams have become a place for players to have a second chance. First we had guys like Shaun Livingston and Nenad Krstic on the Thunder, and now we have Marion Jones. It's obviously something that worse teams have to do in order to survive, but it's a nice thing to think about.

We'll be keeping tabs on the