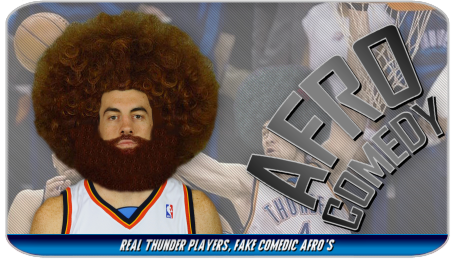 So it seems like every time I feel guilty about not getting any posts up, I turn to graphics to make you guys happy. Usually it's in the form of a desktop wallpaper, but today, thanks to a little inspiration from 4D, in the comments area of this post, it comes in the form of some good old fashioned Afro Comedy. Okay, so I don't know if there is such a thing as old-fashioned Afro Comedy, but I'm calling it Afro Comedy none the less. I figure we can make it a semi-regular series, maybe not weekly, but every now and then when the mood strikes or when things to blog about slow down a bit, we can have this series on standby. That way you'll get some new content to check out even when we are experiencing writers block or just get a bit run down from writing so many posts.

In today's episode of "Real Thunder Players, Fake Comedic Afro's" we feature one of my personal favorite Thunder players, Nick Collison. I always appreciate Nick's tremendous effort on the court, and more recently the discovery of his sense of humor, via his twitter page. I think Nick will be proud to be the first player featured in this series, and we'll do our best to make sure he sees this post by messaging him on his twitter and asking him to check out the link. Of course we urge you to do the same thing, and for those of you who aren't following Nick Collison on Twitter yet, you can find his page at this link. So are you ready? Well, make the damn jump already to view all the photochopped afro goodness! 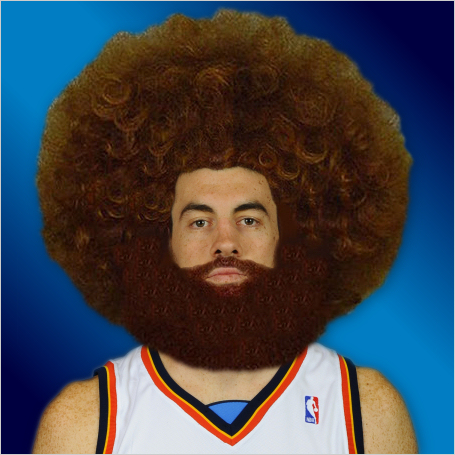 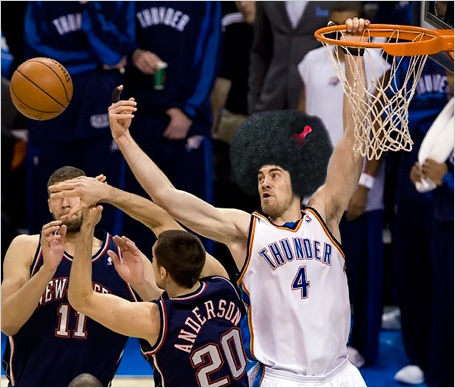 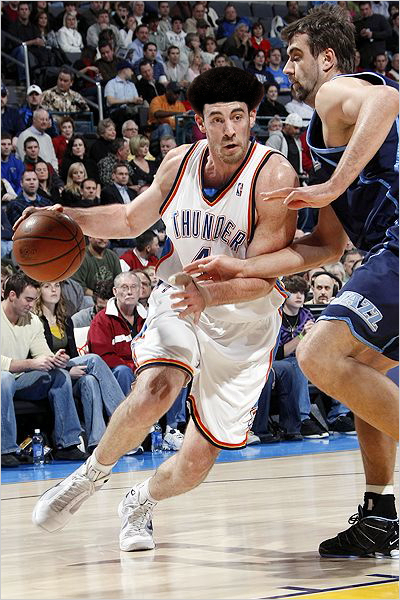 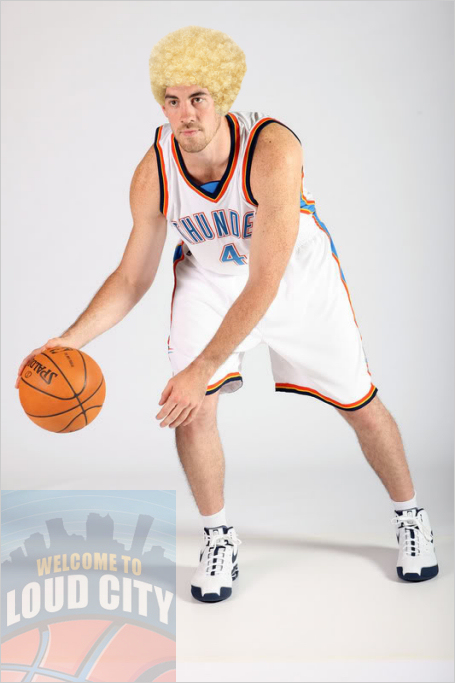