Draft 36 Hours Away; What To Expect Here At WTLC

Share All sharing options for: Draft 36 Hours Away; What To Expect Here At WTLC

It's 6:00AM the morning before the draft (central time), which means that we're only 36 hours away from the 2009 NBA Draft. With all the debating and discussion that's been going on for the past couple of months, everyone will finally get to see what actually happens. I know I am personally waiting with great anticipation because this could be a big draft for the Oklahoma City Thunder, a franchise seemingly on the rise in the NBA.

I've been doing my best to stand in and provide content in the absence of Mr. P, so I hope I'm holding up to all of your high standards. Meanwhile, 4D continues to roll out excellent editions of Loud Links as usual - so hopefully you've been kept in the loop on all the latest info in preparation for the draft.

Anyway, this post is just a quick one to give you a little preview of what I'm planning for the draft. I'll be around this evening to wrap up all of the latest buzz and rumors, and any deals that go down during the day. Hopefully we'll have another version of Loud Links in that timeframe too. I'll try to put together some sort of preview piece that will hit the front page on Thursday morning, so you can look that over leading up to the draft.

For the draft, we should have a live commenting thread that I'll schedule to open up 2 hours before the draft starts (4pm Central Time). I may even try a little "liveblogging". If we hit enough comments, I'll open up an overflow thread to round things out, and then we'll start welcoming the newest Thunder players with new material on Friday. If you've got any ideas or comments, let me know in the comments section on this story!

A little reminder to lurkers - now is the perfect time to jump in and sign up for an SBNation account! There will be plenty of opportunities to voice your opinion or vote in polls coming up with the draft, and free agency opening up shortly thereafter. To explain all the benefits, I'll turn it over to Mr. P (click on the image): 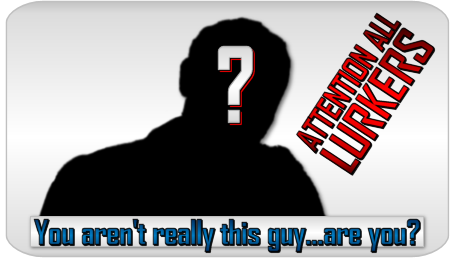