Share All sharing options for: Kevin Durant wins the MVP in the Rookie Challenge and Youth Jam 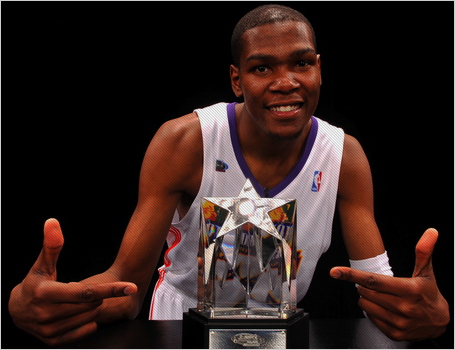 If you watched the NBA's TMobile Rookie Challenge and Youth Jam last night, you already know that Kevin Durant, straight DOMINATED the game by setting a record with his 46 points. KevINCREDIBLE was clearly, and by far in my opinion, the best player on the court. He showed that not only is he the leagues best young player, but that he's too good, to not, be in the All-Star game on Sunday. The NBA is showing him the love though by selecting him to compete in H-O-R-S-E tonight during the All-Star Saturday night festivities (Look for an open thread later tonight for LIVE COMMENTING).

Of course, Thunder fans know that Durant was not the only Thunder player on the court last night, as our other boys Jeff Green (hereby known as "Uncle Jeff") and Russell Westbrook had tremendous showings as well. Jeff Green dropped in 13 points for the Sophomores (tied for 2nd behind Durant) including a memorable steal and buzzer beater 3 point bankshot as time expired in the first half. Russell Westbrook scored 12 points and had a couple memorable slams including one over fellow teamate Kevin Durant.

The announcing team seemed to be in LOVE we our 3 players and it was hard to find a few minutes go by during the game without them mentioning or talking about one of our guys. High praise for these young players, and I think it goes a long way towards the rest of the country becoming aware of just how good our core group of guys are.

Sam Presit, I hope you were watching, and don't even think about trading any of these guys away as they are our core and will be here kicking ass for years to come as long as we show them the "love" when contract time makes its way around.

Here are a few more pics for your enjoyment! 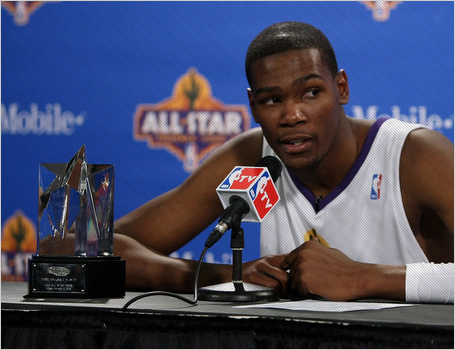 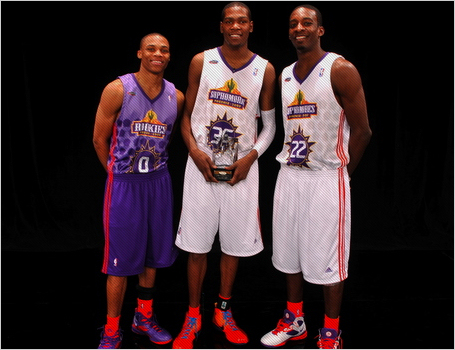 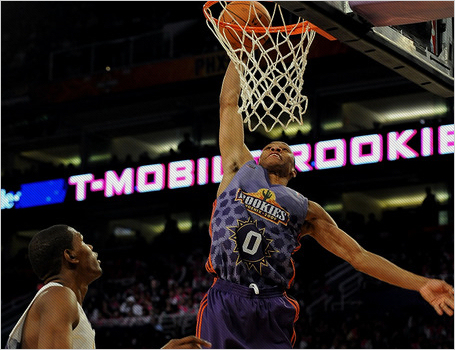 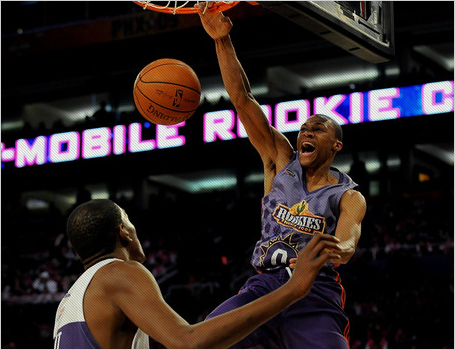 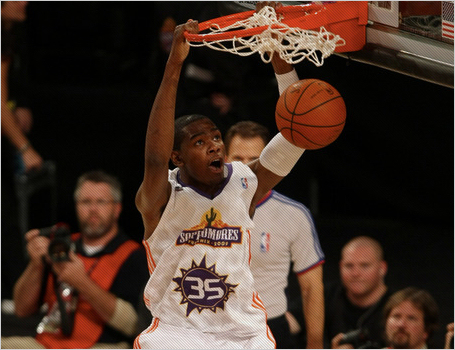 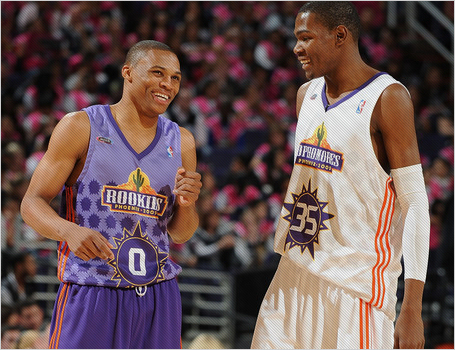 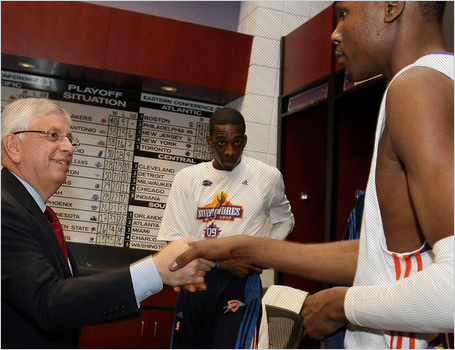 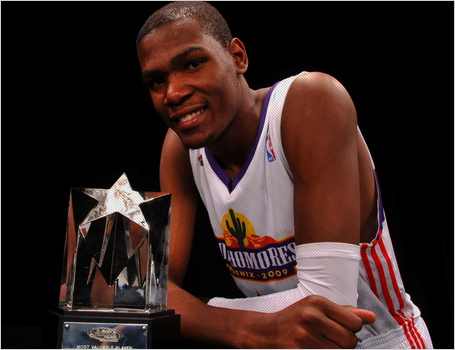 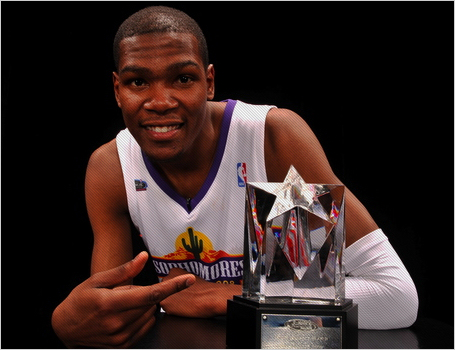 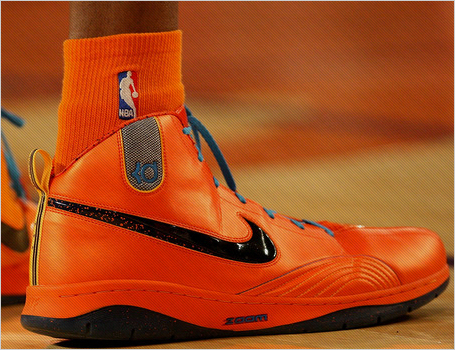