Thunder notebook: Jeff Green's consistency continues to improve | NewsOK.com
[NewsOKC gives more love for the most consistent and overlooked member of the squad, Jeff Green. This article also notes that Brooks may play Livingston tonight. So does that mean there will be no Ollie dribbling marathon tonight?] Thunder coach Scott Brooks said Green’s early production is largely a result of him being in his third season and feeling more comfortable with the league and nightly matchups. "He’s a tremendous talent that plays the right way," Brooks said. "He plays solid, consistent basketball that a coach can count on. And he’s even taken it up to another level."

Kevin Durant is seeing more of the end-game | NewsOK.com
[Durant definitely was feeling the blues after Tuesday nights loss to the world champs. Oddly enough, that game had the opposite effect on me. I was so proud of our team, I wanted to tell the world. Sure a win would have been nice, but to fall by three points to the Lakers in overtime is a respectable loss. Houston better be ready!] Kevin Durant walked out of the Ford Center on Tuesday night, hopped into the back of a car with his father and two brothers by his side and didn’t say a word as the foursome traveled north, from downtown Oklahoma City to his Edmond home. The Thunder’s agonizing 101-98 defeat to the Los Angeles Lakers stung too much to speak, and Durant’s two airballs in the final seconds of regulation, and overtime became the inescapable conclusion to his miserable final 24 minutes. "I just kept to myself," Durant said. "People were text messaging me and I just left it alone and went right to sleep."

THUNDER: Friday Night: Thunder at Houston Rockets
[Kristic and Thomas are expected to have a good game tonight against Houston's front court. Let's hope so.] One to Watch: Etan Thomas. The Thunder reserve center has provided a huge spark off the bench for the Thunder. Thomas is averaging 5.3 points, 6.0 rebounds and 2.0 blocks per game. While the Rockets don’t have a traditional center in the rotation, and they didn’t play anyone taller than 6-9 against the Lakers, it’ll be interesting to see how the Thunder uses Thomas, who’s size and presence alone have done a fine job keeping opponents from getting easy buckets inside.

Thunder-Rockets Preview - Nov. 5, 2009 - NBA - CBSSports.com
[So Houston has beat our franchise the last 10 times we meet. Just like the Lakers.] Both the Oklahoma City Thunder and Houston Rockets are coming off overtime losses to the reigning NBA champions, but while the defeat was somewhat of a moral victory for the young Thunder, it felt more like a missed opportunity for Houston. The host Rockets will have a good chance to get back on track Friday night as they try for an 11th straight win over Oklahoma City, which is trying to avoid a third consecutive loss amid a promising start.

Rockets' new alternate jerseys have look of a champion | Top stories | Chron.com - Houston Chronicle
Look out, Oklahoma City Thunder: The ketchup and mustard is back. 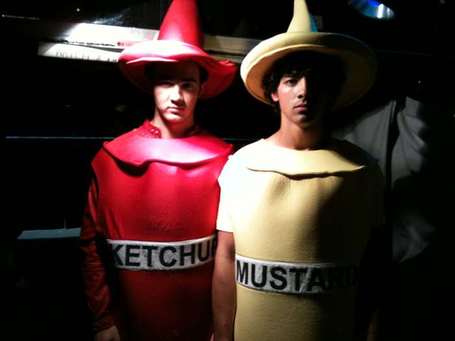 Okay we will bring the hot dogs. No, that is not right. Oh, they really mean is that the Jonas Brothers have joined the Houston roster. That is not right either. Oh, it must be that the Rocket's new alternative uniform has the look of a McDonalds All-American. 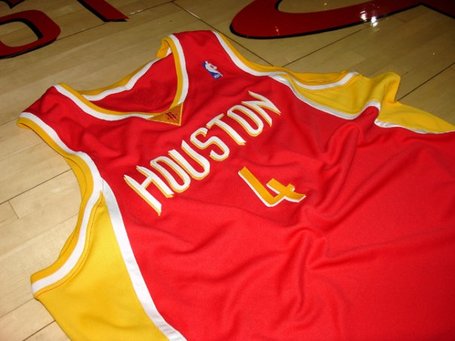 Film Study: A tale of two halves for Kevin Durant | Daily Thunder.com
[Another tape watching session at the Daily Thunder] Let’s take another bite into some film, shall we? This time, we’re going to look at what changed for Kevin Durant between the first half (where he scored 20 points) and the second half and overtime (where he scored just eight) Wednesday night against the Lakers. Roll the video!

Latavious Williams made history last night, but who is this guy? | Daily Thunder.com
[More about Latavious Williams] NBA history was made last night as the Tulsa 66ers selected power forward Latavious Williams with the 16th overall pick in the NBA’s Developmental League Draft, as Williams will become the first player to ever go straight from high school to the D-League (Dan Shanoff was kind enough to write a post for TrueHoop about just how historical the Latavious Williams jump from high school to D-League is.) History-making aside, what are the chances that Williams can develop into a legitimate NBA player who can challenge for a roster spot when he’s taken in the NBA Draft in June 2010? Wait, what? Oh, that’s right, there is a little issue with the rules of this history-making event because a player can’t be taken in the NBA draft unless he is 19 years old and, unless he is an international player, he must be one year past his high school class graduation (remember Brandon Jennings?), thus, the 66ers (and thereby the Thunder) could get to watch Williams develop and stun the D-League with his talent, only to watch him get drafted by another team.