Share All sharing options for: Mr Pappagiorgio Returns to WTLC 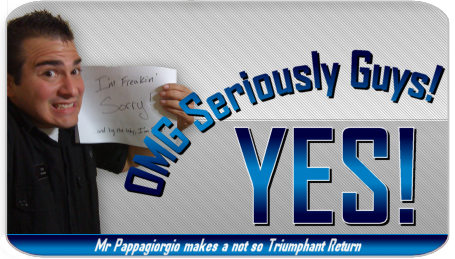 There has quite possibly never been a more "non-triumphant" return to a blog than the one I am making here. The reason I'm saying that is because I did what any blogger will tell you is nothing short of blogging suicide, which for those of you not paying attention was simply disappearing from the blog for a couple of months. One thing every blogger on the planet learns very quickly is that content is king, and new quality content on a consistent regular basis is the cornerstone of any successful blog on the net. Needless to say, vanishing from the site for a few months was hardly keeping within those guidelines and the site has suffered the consequences, so much so that you might be the only one reading this.
Since this blog was created (Originally at thunderinokc.com before making the jump to SBNation and renaming it WTLC), I was able to watch it grow from just a few readers a day to nearly 28,000 visits and nearly 60,000 page views my last active month on the site. Since then, those numbers have plummeted, and that is nobody's fault but my own. I owe a number of people an apology, which I will get to later in this post. But for now, make the jump and perhaps I can take just a minute to help explain the reason why I was gone, and how I was able to benefit and grow as a person because of it. 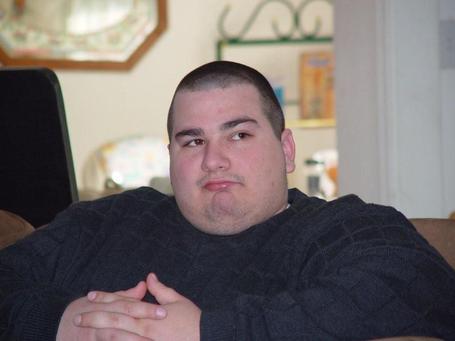 First off, I'd like you to meet me, Mr Pappagiorgio. Take a good look, yeah, I know right? Seriously, there I am at what looks like nearly 400 pounds. All my adult life I've fluctuated between 350 and 400 pounds. It was almost EXACTLY at this time, one year ago, that I made some tough life decisions to eat more healthy and lose weight. There were so many reasons this happened that I won't even get into, but bottom line, I had just turned 27 years old and to steal a line from my favorite movie of all time, it was time to "Get Busy Living, or get busy dying." Needless to say I made the easy decision to get busy living and make some positive changes in my life. By now, you might be asking, well, what the hell does all this have to do with you ditching your readers for the past few months? Seriously, if you started a year ago, you were running the blog the whole time you were making these life changes right? So what gives?
Well, its hard to explain to people who are lucky enough to never have to go through life being massively overweight, and one thing is for sure, when you cross a certain point in your weight loss journey, your life truly changes, and that's what has happened to me over the past couple of months. When I began nearly a year ago I tipped the scales at 360 pounds, and today, well, last Saturday to be honest, I tipped that same scale at 229.8 pounds. That's a whopping 130 pounds of weight I've lost during the past year. Like I said, its hard to describe to someone who hasn't had to go through it but you change as a human being at a certain point. I became more active, not just physically, but with family, and also socially. You can imagine being nearly 400 pounds for 10 or so years didn't exactly lead to much social interaction. So for the past few months I've sort of been enjoying living life for the first time ever and certain things in my life that I was previously passionate about, fell by the wayside, including this blog. Hey, as much as you are pissed, you don't hold a candle to my XBOX 360 which pretty much has spent most of the year learning how to get dusty, after years of relentless game playing. 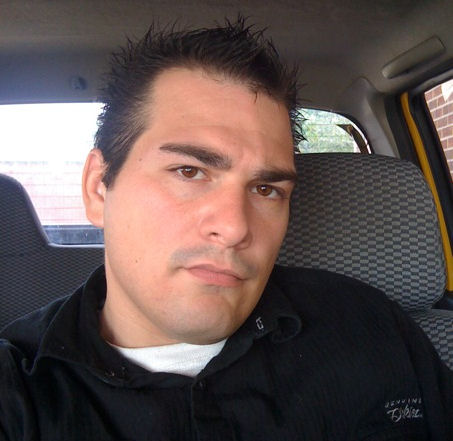 There I am today, 130 pounds lighter, yet still 50 pounds away from his goal to become "Half the man he used to be" by hitting the 180 pound mark. I hope to accomplish that goal in early 2010. I'm sharing this stuff with you guys because I didn't want you to think I just ditched the site because I was being lazy and didn't want to bother with it during the off-season, because there really isn't anything further from the truth. The truth is what I listed above, that I was going through a lot of changes as a person, and my free time just sort of slipped away from me. If you were an avid reader of the site during the time I was keeping the site active and updated (Thank you by the way, you totally rock), you know that my posts were always very long winded and professionally done up with my crappy amateur graphics and everything. In all honesty, I'd spend several hours a day working on this blog, and when you go through some of the changes I have in the past few months, keeping the site going just wasn't possible. At the same time, that's no excuse for just disappearing and not leaving the site in someone else's capable hands. Instead there were just a couple of guys who I brought on in desperation that never received any guidance or coaching from me on what was needed from them and what their role was going to be on the site, and for that, let's get the apology out of the way.
First of all, I have to apologize to all of the readers and commenter's who so frequently were active on the site. To all of you guys, I'm sorry I let you down, and offer my humble apology, and I hope to be able to regain your  trust over the course of the upcoming season. Next I have to apologize to SBNation who gave me the opportunity to join an unbelievable list of top notch bloggers, on a network that is second to none when it comes to sports blogging. They took a chance on me when my blog was still in its infancy, and I appreciate it greatly, and I'm sorry I let you guys down. I'll do my best to try and make up for it. Finally, I need to apologize to dishingoutdimes, daddydai, mleetch352, and ElectricPencils. Not only have I let you guys down, but more than likely alienated all of you, to the point of not wanting to contribute here anymore. Although, I will hand it to you guys for trying to keep the site going when it was clear that I was nowhere to be found. If any or all of you would like to continue to be contributing members of this blog, please send me an email (You should have my address, if not click the little envelope next to my name at the bottom of the page) so we can work out some details and give you clear defined roles. With the season coming up, there should be plenty to keep us all busy. Drop me an email, and let me know your intentions and what you would like to be involved in moving forward, and we'll get you a clear, defined, role with WTLC.
So that's it, I'm back, I'm sorry, and I'm going to do my best to regain your trust and once again become, what I believe was, the very best stop on the Internet for fans of the Oklahoma City Thunder.